CCTV: Moment Teen Driver With No Licence Ploughed Into Cyclist

A teenager has been jailed for five years after leaving a cyclist with serious injuries when he ploughed into him during a reckless driving spree.

Police tried to stop Benjamin George after he was spotted driving erratically and on the wrong side of the road around Bournemouth. He refused to stop and police followed, but they had to abandon the chase as it was too dangerous.

Shortly afterwards, Mr George sped through a red light and hit a cyclist, before fleeing the scene. CCTV picked up the shocking moment the hit-and-run occurred.

The gold Tigra Mr George was driving was found abandoned close by a short time later.

The 34-year-old cyclist sustained significant life-changing injuries and is recovering at home. 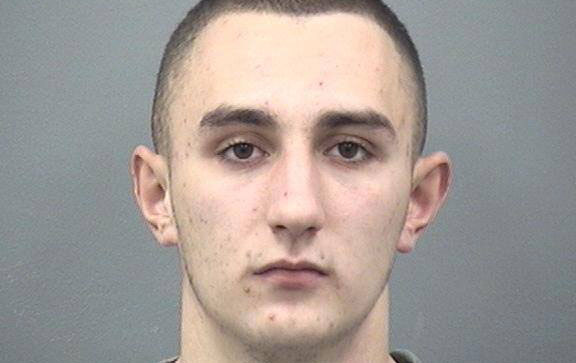 Police Sergeant Nikki Burt said: "George's irresponsible, reckless and extremely dangerous actions that night endangered the lives of the public. It is miraculous that the victim is making a recovery and that nobody else was seriously injured or killed.

"I am pleased with the sentence handed down by the courts. This sort of behaviour will not be tolerated on our roads. I would like to praise the actions of the CCTV operators during the incident. They were able to track George across town and this meant officers could reach the injured cyclist very quickly and provide medical attention."