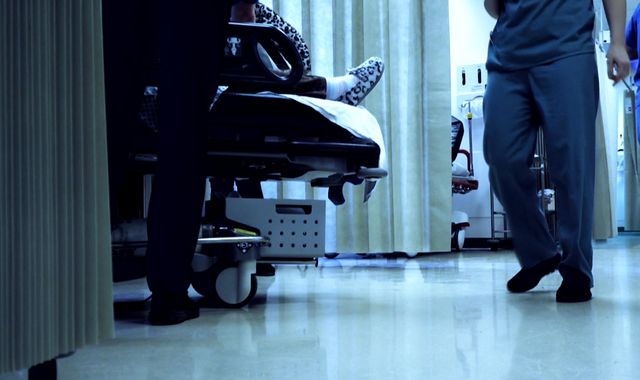 Two Conservative MPs have come out in support of calls to exempt overseas NHS and social care workers from the health surcharge, something the prime minister has rejected.

Former Conservative Party vice-chairman Sir Roger Gale warned Boris Johnson that not making them exempt from the fee "would rightly be perceived as mean-spirited, doctrinaire and petty".

And William Wragg, chairman of the Public Administration and Constitutional Affairs Committee, said "now is the time for a generosity of spirit towards those who have done so much good".

Workers coming to the UK from outside the European Economic Area have to pay a fee to use the health service.

All adult migrants from outside of the EEA have to pay £400 a year - irrespective of whether they use the NHS or not.

The immigration health surcharge (IHS) is going to be increased to £624 a year in October, with parents also expected to pay £470 a year for each dependent child.

Labour, the Scottish National Party and the Royal College of Nursing have all demanded that health workers be exempted from the "unfair" charge.

Labour leader Sir Keir Starmer raised the issue at Prime Minister's Questions on Wednesday, saying: "Every Thursday we go out and clap for our carers. Many of them are risking their lives for the sake of all of us.

"Does the prime minister think it's right that care workers coming from abroad and working on our front line should have to pay a surcharge of hundreds - sometimes thousands of pounds - to use the NHS themselves?"

The PM rejected the calls, telling MPs that he understood the "difficulties" NHS staff face, but added the country cannot afford to scrap the charges.

He said: "On the other hand we must look at the realities - this is a great national service, it's a national institution, it needs funding and those contributions actually help us to raise about £900m, and it's very difficult in the current circumstances to find alternative sources.

"So, with great respect to the point [Sir Keir] makes, I do think that is the right way forward."

But Sir Roger, Tory MP for North Thanet in Kent, has disputed the cost cited by Mr Johnson.

He said that while he does not doubt that the PM provided the £900m figure "in good faith", it is "a total figure for the sum collected and not the amount actually received annually from health and care service-employed immigrants".

"That figure is a fraction of the total sum - probably not more than £50m," Sir Roger continued.

"I have tabled a written question to secure the correct details from the Home Office, but, in the meantime, I strongly believe that the £400 charge should be waived for those immigrants currently working in the health and care services and saving lives.

"To do otherwise would rightly be perceived as mean-spirited, doctrinaire and petty - and the prime minister has none of those failings."

He wrote: "I will support the NHS fee exemption for migrant nhs and care workers. Now is the time for a generosity of spirit towards those who have done so much good. I am sure that @Conservatives colleagues will be supportive."

(c) Sky News 2020: Conservative MPs back calls to exempt foreign health workers from NHS surcharge after PM rules it out 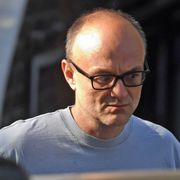 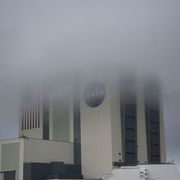 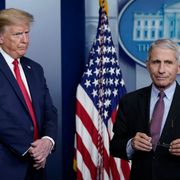 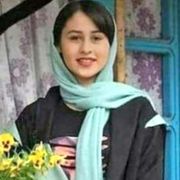 Brutal alleged murder of girl, 14, by father may lead to law change in Iran