Decade in Review: A look back at what happened in the 2010s What a decade! We started the 2010s with Gordon Brown as PM and emerging from a global financial slump and headed into a golden time of national confidence with the London Olympics and a royal wedding - and all before the word Brexit existed.

Here's our look at the past decade, starting here with 2019, when baby Archie was born, Prince Andrew faced a grilling , Thomas Cook collapsed and we saw a photograph of a black hole for the first time.

The Duke of Edinburgh flipped his vehicle while driving close to Sandringham Estate.

The royal, who was 97 at the time of the accident, was unhurt, however, two women travelling in a car involved in the collision had to be treated in hospital.

They later criticised the royal family for not contacting them to apologise.

Just days after the crash Prince Philip was pictured driving without a seat belt.

Buckingham Palace later announced he would be giving up his driving licence.

The 28-year-old footballer had signed for Cardiff City for £15m just three days before the plane he was travelling in came down into the English Channel off the coast of Guernsey.

An official search for the private plane, which had been travelling to Cardiff from Nantes, had requested to descend before it lost contact with Jersey air traffic control.

The search operation was called off three days later.

Wreckage from the accident was located the following month.

Protests were sparked late in 2018 by a planned fuel tax hike.

Months of demonstrations throughout the first half of 2019 ensued, attracting nearly 300,000 at their height.

The movement soon developed into a wider cause against social inequality, high taxes, stagnant wages and unemployment.

Those protesting saw centurist French President Emmanuel Macron, a former investment banker, as leading a government that favours the rich.

In an interview with Sky News, Begum said "a lot of people should have sympathy" for her as she spoke of her wish to return to the UK.

She also said UK authorities had no evidence of her "doing anything dangerous", in response to concerns she could pose a security threat.

The teenager has begged to return to Britain for therapy after all three of her children died in Syria.

An attacker shot 42 people dead at the Al Noor mosque and seven at the Linwood mosque in Christchurch, New Zealand.

The shootings were streamed live on Facebook and at least 47 people were treated in hospital for gunshot wounds.

The first-ever real picture of a black hole was revealed, in what was hailed as a historic moment for science.

The image, which was assembled by data from eight radio telescopes, depicts a fiery orange and black ring of gravity-twisted light swirling around the edge of the abyss.

The supermassive black hole contains 6.5 billion times more than mass than the sun and is located 54 million light years from Earth.

The spire and roof of the Notre-Dame Cathedral were devastated by flames after a blaze broke out at the 12th-century building.

French President Emmanuel Macron said he was "so sad tonight to see this part of all of us burn" and declared a national emergency.

Speaking from the scene in Paris, he expressed sympathy with Catholics "around the world" following the "terrible tragedy" but added the worst had been avoided.

The cathedral's structure was saved and fire did not spread to the northern belfry.

The Northern Irish journalist was shot in the head as she covered rioting on the Creggan estate in Derry.

The 29-year-old later died in hospital.

A rising star in journalism, named by Forbes Magazine as one of their "30 under 30 in media", her first book will be posthumously released in 2020.

Harry and Meghan have their first child - 6 May

He was introduced to the world by his parents the Duke and Duchess of Sussex at St George's Hall, Windsor Castle, in front of a small group of waiting media.

Archie, wrapped in a white blanket and wearing a white knitted hat, slept through his first public appearance.

As he was held by his father Harry, his mother Meghan told reporters that he had the "sweetest temperament".

Steve Dymond, 63, was found in Portsmouth a week after recording an episode of the show in which he failed a lie detector test.

The axing of the long-running daytime programme led to an independent review of the duty of care TV companies have to participants in reality TV shows.

ITV have said they are now looking for a new project for presenter Jeremy Kyle.

The UK's former prime minister emerged from Downing Street to announce she would resign as party leader on 7 June.

It came after a failed last-ditch effort to pass a key piece of Brexit legislation.

Mrs May said she had "done my best" to sort out Brexit, but acknowledged she had failed.

Fighting back tears, she said she was leaving "with no ill will", adding that she was "the second female prime minister but certainly not the last".

Anti-extradition protesters in Hong Kong marched to fight a proposed bill which would allow people to be sent to China for trial.

Organisers of the largely peaceful demonstration said it brought more than one million people onto the streets.

After seven months of unrest, demonstrations look set to continue into the New Year.

America beat the Netherlands 2-0 to win the FIFA tournament in France and secure a record fourth title.

Second half goals from co-captain Megan Rapinoe and Rose Lavelle ensured victory for the American team who produced a dominant display at the Stade de Lyon.

It was the USA's fourth Women's World Cup win, giving them back-to-back titles following their victory at the 2015 tournament in Canada.

The President came under fire after telling a group of Democrat congresswomen to "go back and help fix" their "broken and crime-infested countries" - despite them being American.

Although he didn't name anyone in his tweets, it is widely thought he was referred to Ilhan Omar, Alexandria Ocasio-Cortez, Rashida Tlaib and Ayanna Pressley.

All the women are from black and minority ethnic (BAME) backgrounds.

Retaliating, they accused him of running "the most corrupt administration in our history".

The Canadian Prime Minister was forced to apologise after images and a video emerged showing him in blackface.

He explained that "layers of privilege" had stopped him seeing that such make up was racist.

The timing couldn't have been worse for the Liberal Party Of Canada politician who was preparing for an October election.

He remained in power, but with a minority government.

She reprimanded those who she accused of ignoring science and are too slow in their approach to tackle the world's contributions to climate change: "You have stolen my dreams and my childhood with your empty words."

President Trump, who attended the summit, later posted a seemingly sarcastic message about the 16-year-old.

More than 150,000 British holidaymakers were left stranded abroad after the 178-year-old firm collapsed.

"Operation Matterhorn" - the UK's biggest-ever peacetime reparation effort - was put in place at an estimated cost of £100m to bring passengers home.

According to its website, the group employed 21,000 people in 16 countries operating 105 aircraft and 200 own-brand hotels and resorts.

Workers at the 550 offices around the UK lost their jobs, at what had once been one of the world's oldest and largest travel companies.

Nicknamed "Le Bulldozer" early in his career for his determination and ambition, the former French president led the country between 1995 and 2007.

He was the first president of the country to acknowledge France's role in the Holocaust, and he defiantly opposed the US invasion of Iraq in 2003.

The 34-year old Kenyan became the first person to run a marathon in under two-hours.

He completed the 26.2 mile distance in just one hour, 59 mins and 40 secs, even waving to the crowds as he sprinted towards the finish line.

Kipchoge said after the race: "I am feeling good. I want to inspire many people, that no human is limited."

Protesters from the global environmental movement appeared in cities across the world to "rebel against governments for their criminal action on the climate and ecological crisis".

Angry commuters pulled protesters from the top of a Tube carriage in some of the most dramatic scenes in London.

Hundreds of protesters were arrested as demonstrators blocked roads and caused disruption during the two weeks of action in the capital.

All of the victims, made up of 31 males and eight females, were identified as being from Vietnam.

The 25-year-old, known as Mo, was allegedly part of a global smuggling ring and was charged with the manslaughter of a group of men, women and children found dead at the site in Grays.

The terror group confirmed the death of Abu Bakr al Baghdadi and announced his successor as being Abu Ibrahim al Hashemi al Quraishi.

Al Baghdadi, 48, fled into a tunnel and killed himself and two children in October after being tracked down by US special forces in northern Syria.

He became leader of IS in 2014 when the extremist group took control of huge areas of Iraq and Syria and imposed its rule over the civilian population.

The Duke of York was interviewed on BBC Newsnight about his links with Jeffrey Epstein and allegations he has sex with a 17-year-old girl.

The prince claimed he was in a Pizza Express restaurant in Woking on a night when he is accused of having sex with Virginia Roberts Giuffre.

The interview was described as "disastrous" and "excruciating".

Terror returned to the streets of London as two members of the public and were killed several others were injured in a knife attack.

Convicted terrorist Usman Khan, who carried out the deadly rampage, was shot dead by officers after civilians bravely intervened to tackle him on London Bridge.

Darryn Frost, who works in the Ministry of Justice's communications department, fought the terrorist with a narwhal tusk.

Those who died were named as Saskia Jones, 23, and Jack Merritt, 25.

The prime minister claimed he had "ended the gridlock" in British politics after delivering the Conservatives' best general election result since 1987.

The Conservatives won seats in Labour heartlands and secured a huge House of Commons majority of 80.

It is the largest majority of any government since 2001 and the Conservatives' highest number of seats since Margaret Thatcher was their leader.

The House of Representatives voted to impeach Mr Trump on both charges of abuse of power and obstruction of Congress after hours of debate.

The President denied evidence from the US ambassador to the EU that he wanted a "quid pro quo" with Ukraine.

Only two presidents had been impeached before - Andrew Johnson in 1868 and Bill Clinton in 1998.

We said goodbye to several famous faces over 2019.

Prodigy star Keith Flint - instantly recognisable for his dyed hair and nose ring - killed himself at his home in Essex aged 49 in March.

Hollywood icon Doris Day, famous for her roles in films including Calamity Jane and Pillow Talk, died of pneumonia aged 97 in May.

Gary Rhodes, who was one of the first big TV chefs and known around the world for his culinary skills, died suddenly at the age of 59 after collapsing at his home in November. 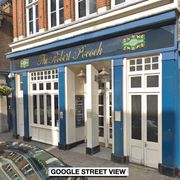 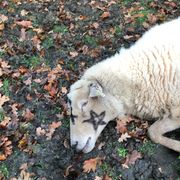 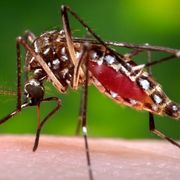