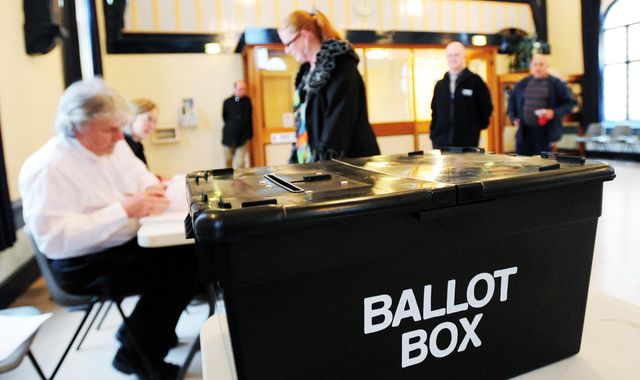 Dissatisfaction with democracy reached an all-time high last year, according to new research, with British people left particularly frustrated by the political stalemate caused by the EU referendum.

The UK was one of several large democracies around the world analysed for a Cambridge University study, which examined the views of more than four million people.

More than 25 international survey projects from 154 countries made up the data, stretching back as far as 1973 but mostly taken between 1995 and 2020.

According to the research by Cambridge's new Centre for the Future of Democracy, dissatisfaction with democratic politics among citizens of developed nations has increased from a third to half of all individuals since 1995.

Dr Roberto Foa, from the university's politics and international studies department, said the dramatic change represented the "state of malaise" present in democracies across the globe.

He added: "If confidence in democracy has been slipping, it is because democratic institutions have been seen failing to address some of the major crises of our era, from economic crashes to the threat of global warming."

The UK is said to have enjoyed a fairly consistent rise in democratic satisfaction from the 1970s, until Tony Blair's premiership took an unpopular turn thanks to the Iraq War.

Political scandals such as the one surrounding parliamentary expenses were also cited as a reason for levels to dip, however the frustration caused by Brexit is what has been blamed for sending people over the edge.

By 2019, when Theresa May and Boris Johnson both failed to make much progress on Brexit until the latter secured a landslide general election win in December, a clear majority of UK citizens were dissatisfied with democracy.

However, Professor David Runciman, who heads up the new centre at Cambridge, said it was important not to allow recency bias to dominate analysis of the findings.

"We need to move beyond thinking about immediate crises in politics and take a longer view to identify possible trajectories for democracy around the world," he said.

"This means distinguishing what is essential to democracy, what is contingent and what can be changed.

"The Centre for the Future of Democracy will be looking at the bigger picture to see how democracy could evolve."

Brexit Night Live: Watch and follow the moment Britain exits the EU with a special programme from 9pm on Friday 31 January