This impatient driver gave the middle finger to a biker chasing him, only to discover the biker was trying to do him a huge favour. But the biker's revenge was swift...

The film shows the biker approaching a petrol station exit, from which a car enters. The driver's hand flops lazily out of the car, clutching his wallet loosely. 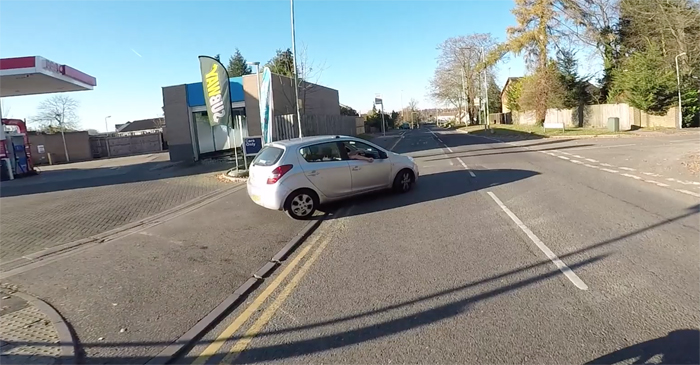 Without realising, the driver then drops his wallet onto the road and speeds off.

The helpful biker picks it up off the road and chases after the car in a bid to reunite wallet with owner. What does he get for his trouble? As he pulls up to the car window, the driver flashes him the middle finger. 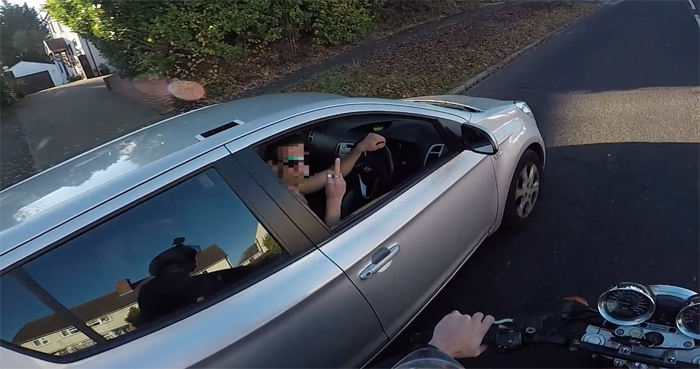 When eventually he does slow and is handed the wallet, he says "Thank you so much bruv!"

But the damage is done when the biker spots the man has not just dropped his wallet but also carelessly left his phone on top of his car. So after throwing the wallet back into the vehicle, he grabs the phone and drops it to the ground before speeding away.

So who was in the wrong?

The driver who was far too quick to flash the finger?

Or the biker who lost his cool and smashed the phone?

Let us know in the comments below.