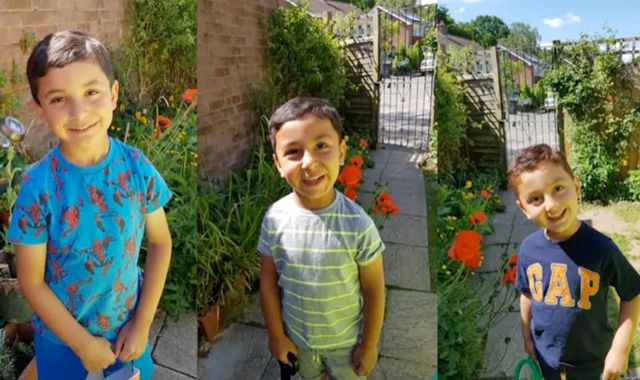 Police have made four more arrests over the disappearance of three young brothers kidnapped by their father from a foster home in south London.

The new suspects are all male and were arrested in Ilford, east London, on Friday on suspicion of conspiracy to abduct children and remain in custody.

They are all thought to be known to the boys' father Imran Safi, 26, who officers believe may have abducted his sons because they were about to be officially adopted.

On Thursday, police put out an urgent appeal after Bilal, Mohammed Ebrar and Mohammed Yaseen, aged six, five and three, were taken from their home in Coulsdon on Thursday 20 August.

In a statement from Scotland Yard, detectives said the children were playing in the garden while their foster carer was in the house.

She told officers she heard footsteps nearby, turned around and saw Mr Safi, who then threatened her with a knife and used force to take the children.

He drove off in his distinctive red Nissan Qashqai car, with a reg plate which reads PK13 WFO, in Coulsdon Road, Croydon, south London, later that afternoon.

They have not been seen since.

The foster carer did not suffer any serious physical injuries, but was left "distressed".

A manhunt for Mr Safi was immediately launched by detectives. They have been working out of a specialist facility to trace his movements.

Chief superintendent Dave Stringer, commander of the south area basic command unit, said: "Whilst this development has brought us one step closer to finding Imran and the three children, we still need more information from the public to help us locate them.

"Since we appealed for help yesterday afternoon (Thursday 27 August), we have received more than 30 calls from members of the public to our control room and via Crimestoppers. These calls are now being followed up by my officers who continue to work all hours of the day to bring these children home safely.

"I would really urge anyone from the Croydon, and now Ilford, area to think long and hard about if they saw these children, or their father, the evening of Thursday, 20 August and possibly the morning of Friday 21 August."

Previously, eight individuals were arrested on suspicion of being involved in the abduction.

All eight have since been bailed to return to a south London police station at a later date.

Anyone who believes they have seen Mr Safi and his children since Thursday 20 August should contact the police immediately through the investigation control room on 07942599374.

The number is operational 24 hours a day, seven days a week.

Alternatively, people can contact the charity Crimestoppers anonymously on 0800 555 111 or online at crimestoppers-uk.org.