George Floyd death: Meghan speaks out about racism in video message to her former school in LA

The Duchess of Sussex has spoken out about racism after the death of George Floyd, apologising to students of her former high school that they are having to "grow up in a world where it is still present".

Meghan described the 46-year-old's death in Minneapolis as "absolutely devastating" in her recorded video address for their graduation.

Mr Floyd died last week in Minneapolis after police officer Derek Chauvin was filmed kneeling on his neck for at least eight minutes while arresting him for allegedly using a counterfeit $20 note in a shop.

Speaking to students of Immaculate Heart, the Los Angeles Catholic school where she studied as a teenager, the duchess said that George Floyd's life "mattered".

She said she was "nervous" about speaking out, but soon realised that "the only wrong thing to say is to say nothing".

Meghan began by saying: "The first thing I want to say to you is that I'm sorry. I'm so sorry that you have to grow up in a world where this is still present."

She said that racism should be a "history lesson" for students in 2020, not their reality, adding: "I am sorry that in a way we have not gotten the world to the place that you deserve it to be."

The duchess, 38, then recalled growing up in Los Angeles during the 1992 riots sparked by the arrest of Rodney King.

She said: "I was 11 or 12 years old and it was the LA Riots, which were also triggered by a senseless act of racism.

"I remember the curfew and I remember rushing back home and on that drive home, seeing ash fall from the sky and smelling the smoke and seeing the smoke billow out of buildings.

"I remember seeing men in the back of a van just holding guns and rifles. I remember pulling up to the house and seeing the tree, that had always been there, completely charred. And those memories don't go away."

Meghan, Prince Harry and their one-year-old son Archie moved to California to see out the coronavirus pandemic.

She said that one of her teachers at Immaculate Heart, a woman called Miss Pollia, told her: "Always remember to put others' needs above your own fears."

"That has stuck with me throughout my entire life and I have thought about it more in the last week than ever before," she said.

The duchess then called on the students to be "part of a movement" saying: "I know that you know that black lives matter."

Meghan urged them to "come together" as people did in 1992, and praised two police bosses - Michigan Sheriff Chris Swanson and Virginia Police Chief William C. Smith - who have expressed their solidarity with protesters.

She asked pupils to "use their voice" and vote in the upcoming US election, echoing the words of Mr Floyd's brother, who asked protesters to remain peaceful and use the November vote to trigger change.

(c) Sky News 2020: George Floyd death: Meghan speaks out about racism in video message to her former school in LA 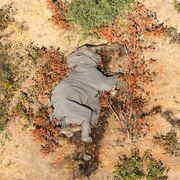