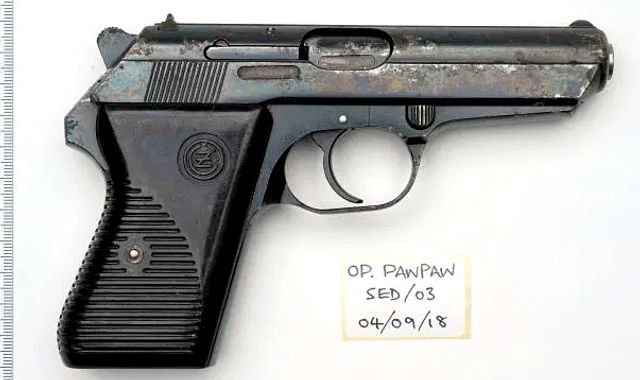 A 17-year-old girl killed in a drive-by shooting was shot with a "gun for hire" used in another murder, the Metropolitan Police have revealed.

The Czech-made Browning handgun was used to kill Tanesha Melbourne-Blake in April 2018 as she socialised with friends in Tottenham, north London.

The case remains unsolved but now it has emerged the same weapon was used in the murder of Joseph Williams-Torres, 20, in a case of mistaken identity in nearby Walthamstow a month earlier.

Forensic tests on the bullet recovered from Tanesha's body found that the same handgun was used - but there is no suggestion that the two murders are linked.

Detectives think the gun had been circulating in the area for at least a year.

It was also involved in three other shootings.

The gun, whose serial number had been removed, was found wrapped in a towel inside a bag by a member of the public on Tudor Close in Highgate, north London, in May 2018.

Officers think it may have been left there to be collected for further use.

Detective Chief Inspector Neil John said: "I strongly believe there are people in the local community who know who killed Tanesha and I would urge them to come forward.

"Please help us build the case against Tanesha's killers and bring justice to her family who naturally are still very much struggling with their overwhelming grief and loss.

"The killers of Joseph are now serving life in prison thanks to a strong body of evidence against them."

The Met said five men have been arrested as part of the investigation into Tanesha's death, but all have been released without charge.

(c) Sky News 2020: Girl Tanesha Melbourne-Blake killed by 'gun for hire' - weeks after it was used in another murder