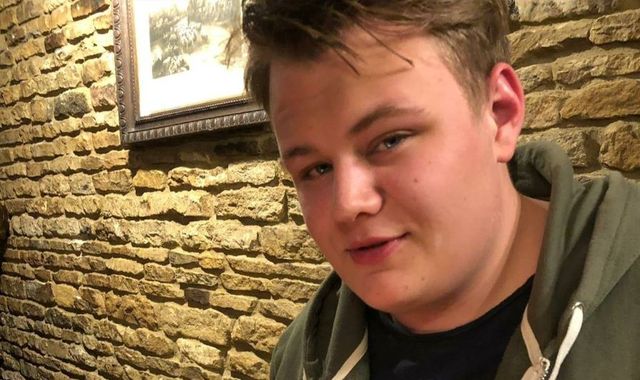 The family of Harry Dunn have accused the Foreign Office of being "complicit" in the departure of Anne Sacoolas "and are now engaged in a cover up".

Their spokesman Radd Seiger has been informed that the government has rejected the Dunn family's call for a public inquiry because it is "confident that the case has been handled properly and lawfully throughout".

It emerged at the weekend that Mrs Sacoolas, the wife of a US diplomat, had a background in the CIA.

She is accused of causing the death of 19-year-old Mr Dunn by dangerous driving following a collision outside RAF Croughton in Northamptonshire, a US spy base.

Mr Seiger told Sky News: "The government has rejected the family's entirely reasonable call for a full public enquiry which was backed by the shadow foreign secretary.

"There is now a sharp focus on who knew what and when following Harry's death, knowing as we do that the family were misled entirely by the authorities particularly on the diplomatic immunity issue and when Anne Sacoolas left.

"Sadly, the family believe that the FCO were complicit in her departure and are now engaged in a cover up. The refusal to hold an enquiry merely supports that belief."

Responding to allegations of a "cover up", a spokesperson for the Foreign Office said: "We recognise the grief caused by this tragic accident and have deep sympathy for Harry's family.

"We have done and will continue to do everything we can to provide support and fight for justice for them."

A senior Foreign Official said in an email to the family: "The government's handling of the case has been based throughout on her status as a spouse and no other factor.

"You also asked about the delay in informing the family in September of Anne Sacoolas' departure. Foreign Office officials asked the police for a delay of a day or two in telling the family so that they could inform ministers and consult on next steps. As you know the police also further delayed approaching the family.

"I understand you have also called for a full public inquiry. We are doing everything we can to support Harry's family and help them get justice and are confident that the case has been handled properly and lawfully throughout. We do not plan to hold an inquiry."

Mr Dunn's mother, Charlotte Charles said: "We are going through an absolutely terrible time nearly six months after Harry's death as we try to get back on our feet.

"Some of us are trying to get back to work but we are not coping with that and every day is a painful struggle. We thought we had bridged the gap with the government. But they have not been honest with us."

Labour leader Jeremy Corbyn raised the words of Mrs Charles in parliament during Prime Minister's Questions and asked Boris Johnson whether Mrs Sacoolas was "being shielded from justice because she's a former CIA officer"?

Mr Johnson replied that "we have tirelessly sought the extradition of Anne Sacoolas for justice in this country and we will continue to do so".

Mr Seiger said the Dunn family have been offered a meeting with the foreign secretary in Northamptonshire, but he said that could only happen "once he directs his team to be open and transparent and to give access to documents we all seek so that we can all see what really happened".