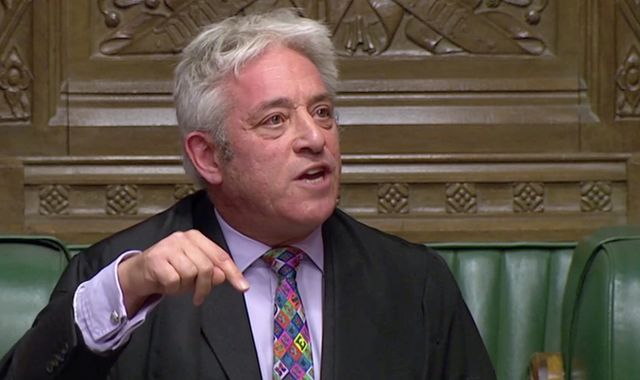 Former Commons speaker John Bercow is poised to join the House of Lords after being put forward for a peerage by Labour, it has been claimed.

The move will raise eyebrows at Westminster as Mr Bercow had been a Tory MP prior to taking up the role of parliamentary referee.

Labour has declined to comment, but has not denied the reports.

Mr Bercow was a controversial figure in the office, facing accusations by Brexiteers of favouring Remain supporting MPs during the stormy debates over leaving the EU.

The Tory leadership was said to be so irritated by his behaviour that it broke with the tradition of offering a retiring speaker a place on the red benches.

Tory party Chairman James Cleverly refused to be drawn on the report in The Sunday Times when pressed on Sky News' Sophy Ridge on Sunday programme.

He said: "I'm going to fall back on convention here and by convention we don't discuss the peerages and nominations before the event."

As well as Mr Bercow, Labour leader Jeremy Corbyn is said to have nominated his former deputy Tom Watson, with whom he had a fractious working relationship, to the unelected chamber

The outgoing party chief, who will step down in April after Labour's disastrous election defeat, has also sparked fresh controversy over reportedly putting forward his key aide Karie Murphy for a peerage.

His chief of staff has been criticised over the handling of allegations of antisemitism in the Labour Party, which is being investigated by the Equality and Human Rights Commission (EHRC).

The Jewish Labour Movement tweeted a statement saying Ms Murphy's nomination was "deeply inappropriate and must be rescinded immediately".

"Jeremy Corbyn is using his final weeks in office to reward failure," the group added.

The campaign group Hope Not Hate said in a tweet: "No one who is a subject in the EHRC investigation should be ennobled before the full EHRC report is released."

Ms Allin-Khan told Ridge: "She is currently being investigated by the EHRC and I made clear yesterday that as deputy leader I would take on board every single recommendation from the EHRC regarding allegations of antisemitism.

"Hope Not Hate said that anyone who was being investigated by the EHRC shouldn't be recommended for a peerage, so I do think that does need to be taken seriously."

Tony Blair's ex-spin doctor Alastair Campbell, who was kicked out of Labour for voting Liberal Democrat in last year's EU elections, branded it "hypocritical and a reward for failure". 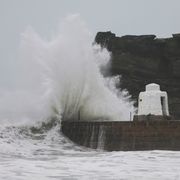