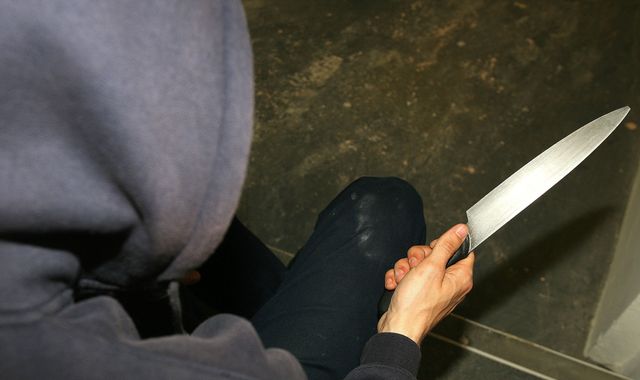 Knife crime will be among the biggest threats to the safety of British children over the next decade, according to a new survey.

Mental health problems and dangers online make up the rest of the top three concerns among parents polled for the children's charity Barnardo's, with the latter encompassing the likes of grooming and self-harm content.

Social media platforms have come under increased pressure to crack down on graphic images of self-harm since teenager Molly Russell took her own life after viewing such content on Instagram.

Almost three-quarters (71%) of the 2,063 adults surveyed said the risks of using the internet were their biggest worry, followed by 68% who said mental health concerns such as eating disorders and body image fears.

Last year a study suggested the number of new anorexia cases among those aged between eight and 12 is twice the number of previous estimates.

More than half (54%) of respondents said knife crime and serious violence was what they were most concerned about, while 49% cited criminal gangs such as county lines drugs networks.

Official figures revealed in October that knife crime offences were at a record high in England and Wales.

The new poll was carried out by YouGov for Barnado's, which is calling on the government to provide more funding for youth services to address violence among teenagers.

Chief executive, Javed Khan, said: "The new government has a unique opportunity to pass world-leading legislation to keep children safe online, and to invest in young people's mental as well as physical health.

"It must also work with the police, NHS, schools, charities and others to tackle the 'poverty of hope' at the root of the youth violence epidemic."