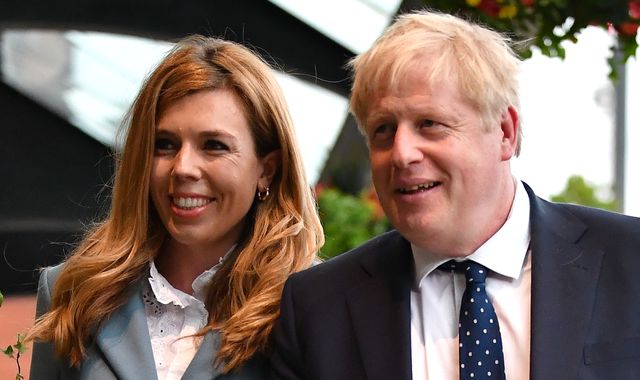 Labour is demanding an investigation into who paid for Boris Johnson's £15,000 trip to the Caribbean.

The party has written to the Parliamentary Commissioner for Standards, calling for an inquiry into the details of the holiday the prime minister took with his partner, Carrie Symonds.

Downing Street has said "all relevant transparency requirements have been met" around the trip to Mustique, a private island in the archipelago nation of St Vincent and the Grenadines.

There was confusion on Wednesday, when Mr Johnson declared the holiday in the register of MPs' interests.

The trip, which came in the wake of Mr Johnson's election victory, lasted from 26 December to 5 January, according to the register.

In the entry, the PM said he had accepted "accommodation for a private holiday for my partner and me, value £15,000", citing Tory donor David Ross as the provider.

But a spokesman for Mr Ross, co-founder of Carphone Warehouse, denied he had paid for it.

Mr Ross has since sought to further clarify matters, agreeing it was a "benefit in kind" to Mr Johnson and Ms Symonds during their private break to the island of Mustique.

Despite this, Labour is seeking to keep up the pressure on the PM.

In a letter to Kathryn Stone, Parliamentary Commissioner for Standards, the party's shadow cabinet office minister Jon Trickett said: "The Code of Conduct requires members to provide the name of the person or organisation that actually funded a donation.

"The evidence now suggests it was not David Ross.

"The entry made by the prime minister therefore appears to be incorrect."

Mr Trickett said the public should know whether the PM "knowingly" made a "false entry into the register".

He added: "Transparency is crucial to ensuring the public have confidence that elected members of this House have not been unduly influenced by any donations or gifts that they may receive.

"For this reason, I request that you investigate whether the prime minister has followed all transparency requirements when registering the donation."

A Downing Street source told the Press Association that much of what was being alleged by Labour had been rendered "out of date" by Mr Ross' latest statement.

"What is being said in the letter has been covered off by additional statements made by David Ross' spokesman," the source said.

Number 10 has said the trip was properly declared, with it stated in the register that the trip was a "benefit in kind" from Mr Ross.

"All transparency requirements have been followed, as set out in the Register of Members' Financial Interests," a Downing Street spokeswoman said on Wednesday.

Facing journalists at a daily Westminster briefing, the PM's spokesman reiterated this.

He told them: "All relevant transparency requirements have been met.

"The Cabinet Office are aware and are content it was appropriate."

In a statement on Thursday, a spokesman for Mr Ross said: "Following media reports, I would like to provide further explanation of the benefit in kind Mr Ross provided to Mr Johnson.

"Therefore this is a benefit in kind from Mr Ross to Mr Johnson and Mr Johnson's declaration to the House of Commons is correct."

A spokeswoman for the Standards Commissioner said a decision by MPs in 2018 to allow colleagues being investigated to remain anonymous meant the office could not confirm whether an investigation would be launched.

"The commissioner's office can confirm that, were there to be an investigation, the outcome would be published at the end."