Mum's desperate plea for change after son, 8, was killed on smart motorway 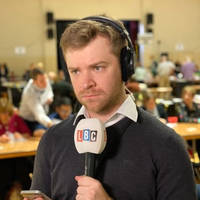 A mum whose son was killed in a crash on a smart motorway has issued a plea for changes to be made so it doesn't happen again.

Dev Naran, eight, died instantly from horrific head injuries after a lorry crashed into his grandfather's Toyota Yaris in May 2018.

The car had been stopped on the hard should of the M6, which was being used as a "live lane" while the motorway was busy.

Dev's mum, Meera Naran told LBC News: "Dev was a beautiful soul - he was so kind.

"He thought about people all the time, and was very caring. He was a carer to his brother who has multiple health issues.

"It's very quiet in the house without him."

Highways England said they are working with the Department for Transport to look into the safety of live lanes, but Meera says more needs to be done to prevent further deaths.

A spokesperson added: "Any death on our roads is one too many, and our deepest sympathies remain with the family and friends of Dev Naran."

But Meera sais she's not satisfied with their response,

"I think it's quite saddening," she said.

"It's not just Dev that's died on a smart motorway, there have been several deaths since.

"I feel quite disappointed in how disconnected the government's been with the families and the public.

"I've had several hundreds of messages from people around the country who've sent in situations they've been in on smart motorways - how they've been stuck, and petrified for their life.

"Highways England responded with 'road users should be driving safely and be aware of the signs' - absolutely I agree but there are situations where you're going to have to stop and they have to take that into account - that refuges are required.

"It's in the highway code that there will be safety refuges when you're driving on a motorway system, but what they've done is they've changed the lengths of the refuge system since they started the pilot on the M42 - and that's unfair on road users who need to stop - there's now nowhere for them to stop."

The Department for Transport told LBC News that an evidence stock take into the smart motorways will be taking place in the near future.