Nearly 10,000 retail jobs lost this year as sector pins its hopes on 5G 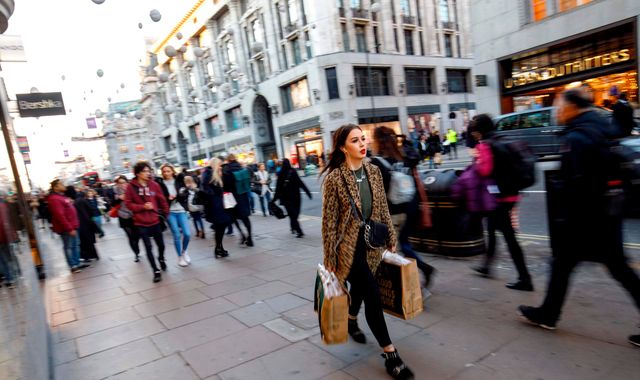 Nearly 10,000 retail jobs have been lost since the start of this year, according to new research.

Some 9,949 positions have gone in January, with a further 1,200 under threat, the Centre for Retail Research says.

Debenhams, Mothercare and Asda are among the big brands to have closed stores or announced redundancy plans. Other retailers closing stores or cutting jobs include HMV, Game, Arcadia and Morrisons.

Last week it was revealed that around 57,000 retail jobs were lost in 2019, with the British Retail Consortium blaming the continuing transformation of the industry along with other issues such as the uncertainty brought about by Brexit and the election.

Meanwhile, a separate report has found that owners of retail property are hoping 5G wireless technology can save them from the struggles of the high street.

British executives hope 5G will allow retailers to use both augmented reality and virtual reality to enhance the customer experience, while improving stock efficiencies and eliminating queues at checkouts.

Around 66% see cashier-less retail as one of the top two beneficial innovations to come with the introduction of 5G, according to Altus Group's annual Commercial Real Estate Innovation Report.

A further 77% said they expect the benefits of new tech in automated stock ordering to also help the struggling sector.

The report surveyed 400 major property owners and investors with more than £200m of assets under management.

It comes after a forecast by the Office for National Statistics predicting that 65% of retail cashiers and checkout operator jobs will become redundant in future, as will 60% of staff working in stock control.

However, executives told the Altus report that they believe there could be more jobs created in the longer term.

Scott Morey, executive director at Altus Group, said: "5G presents a great opportunity for retailers to further improve the underlying performance of their physical stores by transforming the customer experience and shifting the role of their store personnel towards higher value tasks.

"Shoppers fundamentally rely on stores during various stages of their shopping journey and 5G has the potential to further improve that interaction."