Parents could be fined if they don't send their children back to school in September, education secretary warns 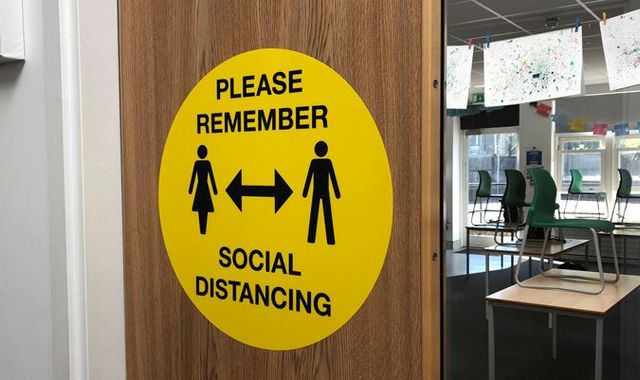 Parents have been warned they could be fined if they do not send their children back to school in September.

Education Secretary Gavin Williamson said the planned return of all pupils in England will be "compulsory".

He added that parents could be fined unless there is a "good reason" for their child's absence.

"It is going to be compulsory for children to return back to school unless there's a very good reason, or a local spike where there have had to be local lockdowns," Mr Williamson told LBC.

"We do have to get back into compulsory education as part of that, obviously fines sit alongside that.

"Unless there is a good reason for the absence then we will be looking at the fact that we would be imposing fines on families if they are not sending their children back."

The education secretary said a detailed plan on how the government will bring all children back to the classroom for the autumn term will be set out by the end of this week.

Schools closed in March as the government took action to try and halt the spread of COVID-19, with only vulnerable children and those whose parents are key workers able to attend.

A phased reopening of primary schools began at the start of this month, with pupils in reception, year one and year six returning to the classroom.

Some secondary pupils in years 10 and 12 have also returned.

But ministers abandoned plans to get all primary pupils back before the end of the summer term.

Ahead of that phased reopening, the government confirmed that parents who did not feel safe sending their children back would not face fines.

The latest figures show that around a third (34%) of year six pupils attended school on 18 June, up from 26% the week before.

Attendance in reception stood at 29%, up from 22% the previous week.

Boris Johnson has said the fact that more pupils are not back yet is a source of "deep frustration" for him.

Speaking to Times Radio, the prime minister said teaching unions and councils should be saying "loud and clear" that schools are safe.

Labour leader Sir Keir Starmer accused the government of being "asleep at the wheel" on reopening schools.

"There has been a total lack of planning. From the day the schools were shut down, it was obvious what needed to happen to get them back open again," he told Sky News.

Sir Keir added: "Had there been work on this from the day the schools closed down, I genuinely think we could have had all our children back in school by now.

"But the government was asleep at the wheel, didn't get to this until too late in the day, and now we're in the situation where children will be able to do other things this weekend, but not be in school on Monday."

Geoff Barton, general secretary of the Association of School and College Leaders (ASCL), said ministers "must show a greater understanding of the realities of the situation" and allow a "period of grace" before fining parents.

"There will be many frightened and anxious parents out there, and this is very much a case of building confidence that it is safe to return, rather than forcing the issue through the use of fines," he said.

(c) Sky News 2020: Parents could be fined if they don't send their children back to school in September, education secretary warns