A new campaign to stop people smoking has drawn the ire of some - because it's used kids to design anti-cigarette adverts.

The kids' designs won't actually be used on the new packaging - instead they'll feature graphic pictures of the health conditions that can be caused by smoking and warnings about the damage cigarettes cause. 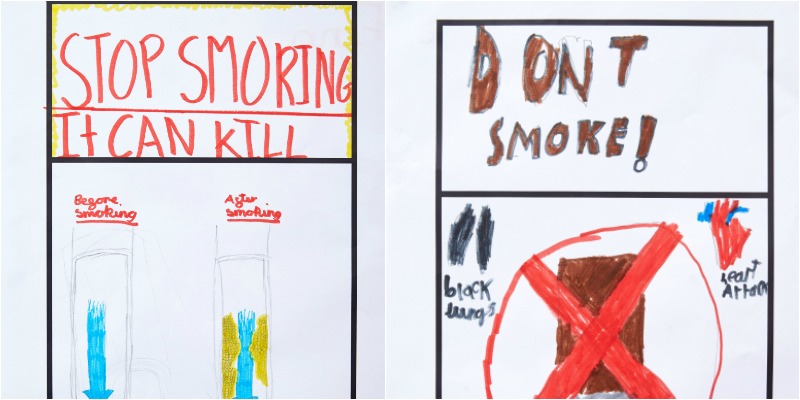 But Public Health England says they're hoping these designs will "resonate" with the 7m people in Britain who smoke, of whom 78,000 die every year. 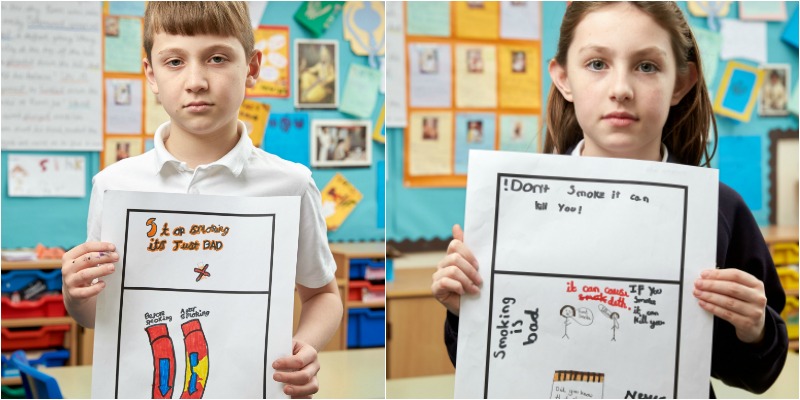 The kids - from Earlsdon Primary School - drew their own messages, including "don't be the smoker, be the stopper" and the "stop smoking it causes you to have heart attake and lung dizzies" (sic). 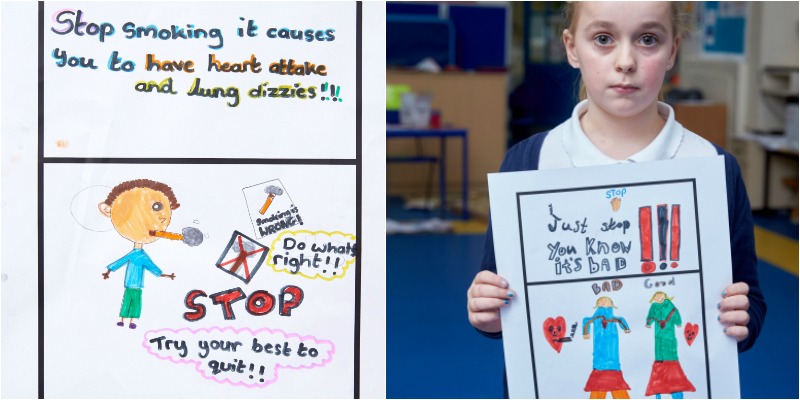 At 12pm, John Stapleton is asking: would this be enough to stop you smoking? And is it right to bring kids into the debate? 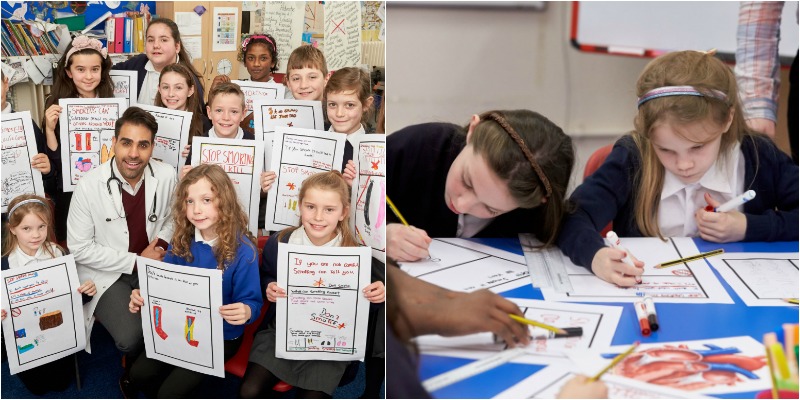