Met Police say four people have died - including a policeman - with 20 hurt after shots were fired and a car was driven into people on Westminster Bridge. The attacker has also died.

Met Police say they suspect the attack was Islamist terrorism.

A man drove a large car into pedestrians on Westminster Bridge, before attacking a police officer at Parliament with a large knife.

Other officers then opened fire and the attacker - who it's believed was acting alone - was shot dead.

PA are reporting that this is an image of the suspected attacker - with two knives circled in the photo: 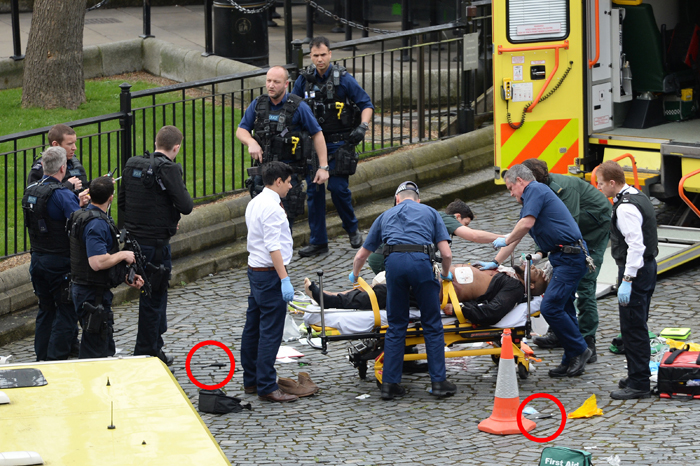 Theresa May was rushed away from the scene and chaired a meeting of the Cobra committee this evening. 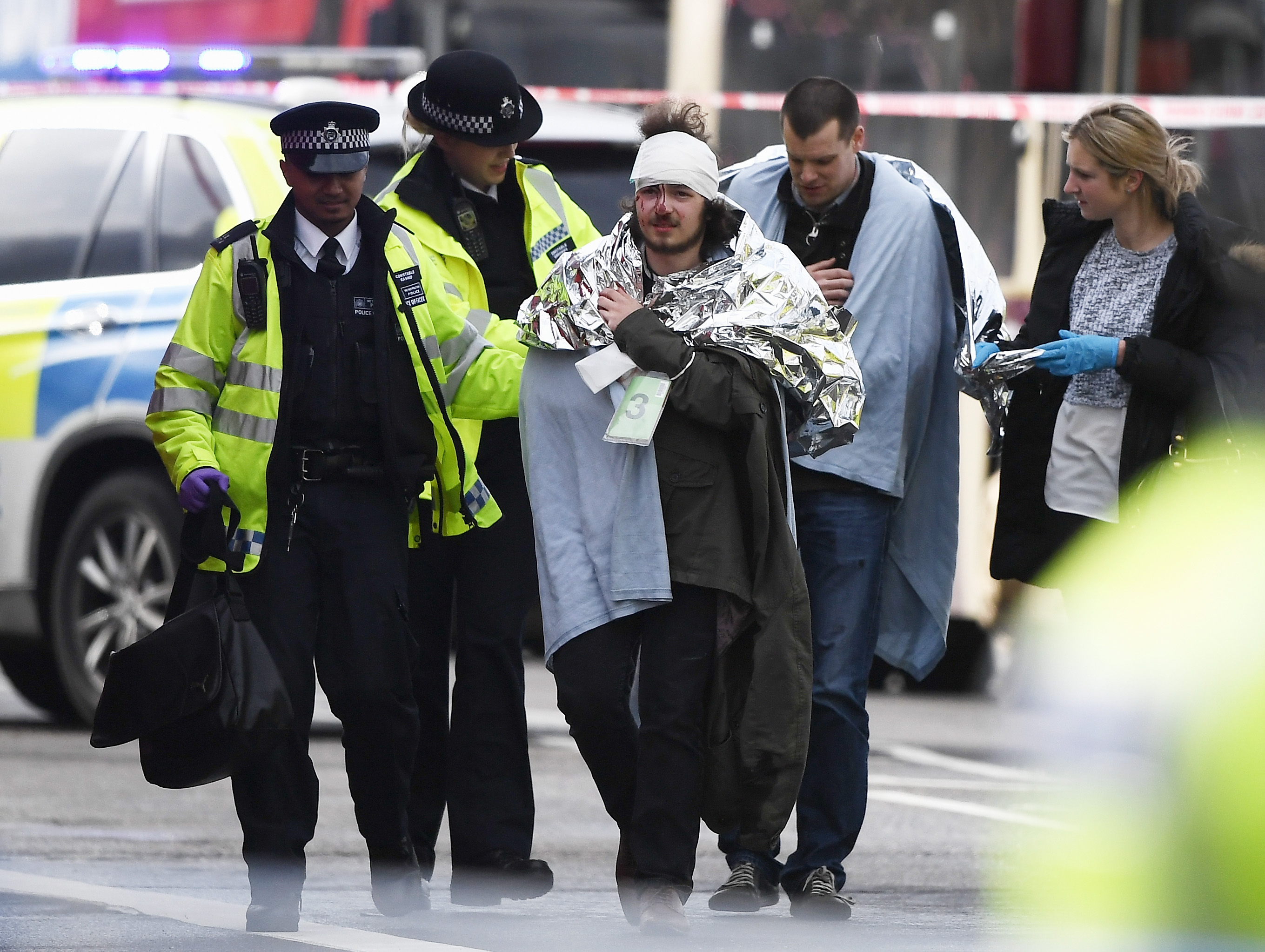 Stay tuned to LBC for the latest as the story develops. 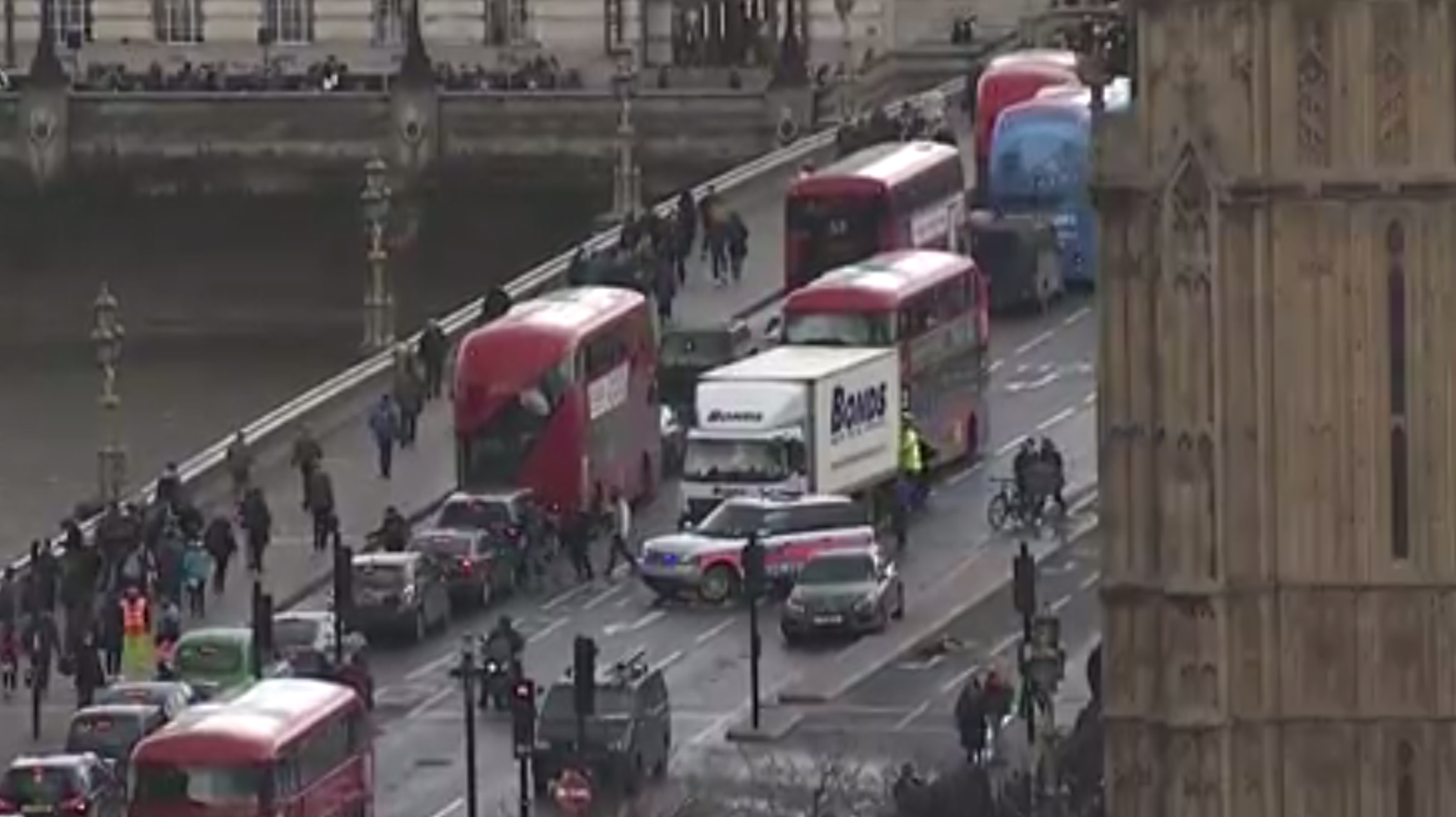 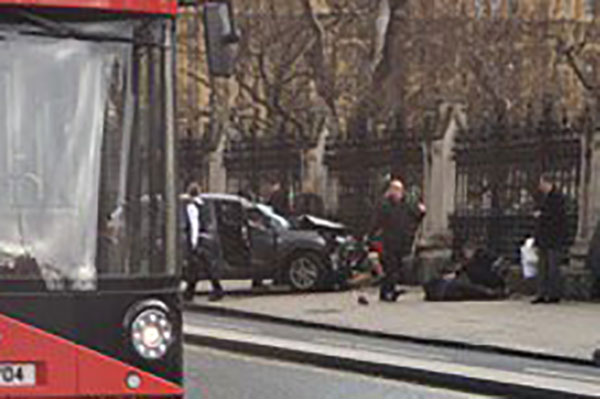 Remarkable Tweets started to emerge from Westminster just seconds after the attack:

We have sent a number of ambulance crews to #Westminster alongside @LDNairamb and our Hazardous Area Response Team.

.@POTUS has been briefed on the situation in the U.K. Continuing to monitor and update

Landmarks like the London Eye were on lockdown, with some people tweeting from the top of the attraction:

Capitol locked down during inauguration rehearsal after homeless camp fire