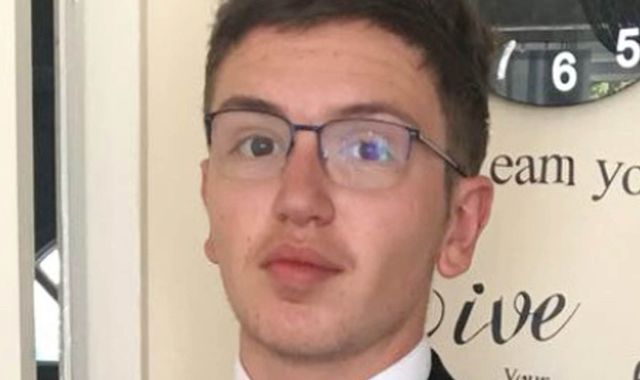 The teenager who admitted possessing the flick knife used to fatally stab grammar school pupil Yousef Makki has been named for the first time.

Adam Chowdhary was identified after losing a legal bid to keep his identity secret, with a High Court judge ruling that it was in the public interest to name those involved in knife crime.

The 18-year-old had gone on trial with Joshua Molnar over the death of their friend Makki in Hale Barns, Cheshire, last year and neither could be named at the time because they were under 18.

Molnar was cleared of murdering Makki, who he knifed in the heart during a row in March 2019.

He was also cleared of manslaughter following a four-week trial at Manchester Crown Court, telling the jury that he had acted in self-defence after Makki pulled a knife on him.

But Molnar - whose anonymity expired when he turned 18 - did plead guilty to possession of a knife and perverting the course of justice by initially lying to police about what had happened, and was given 16 months in custody.

Chowdhary was cleared of the lying to police charge, but he was given a four-month detention order after admitting possession of a flick knife - the blade that was used to fatally stab Makki.

The blade proved crucial in the judge's decision to identify him for the first time on Tuesday, having rejected his case to remain anonymous beyond his 18th birthday on 24 January.

Chowdhary wanted his name to remain secret until he finished education in November 2021, but Mrs Justice Steyn argued that identifying him would act as a deterrent to others who may become involved in knife crime.

She told the court that possession of a knife "is a serious offence and there is a strong public interest in knowing the identity of those who commit serious offences".

"There is an important public interest in understanding the prevalence of knife crime," she said.

"Such understanding depends, at least in part, on knowing who is committing such crimes."

She added that "the prospect of being named in court, with the accompanying disgrace, is a powerful deterrent".

Chowdhary's defence lawyer Adam Wolanski QC had spoken of how the teenager was suffering from post-traumatic stress disorder and that the publication of his name would be "catastrophic for him".

The judge had granted him a period of anonymity following his 18th birthday for the opportunity to appeal her ruling, however none arrived by the deadline of 4pm on Tuesday and so he was identified.

Chowdhary's application for anonymity had been opposed by a number of media outlets, with Molnar having been named just days after he turned 18 back in October.

He is due to be released from custody next month.

At the end of last year's murder trial, both Molnar and Chowdhary were also cleared of conspiracy to commit robbery in the lead-up to Makki's death.

The incident received nationwide attention at the time, having come just a day after Jodie Chesney was stabbed to death in a park in Romford, east London.