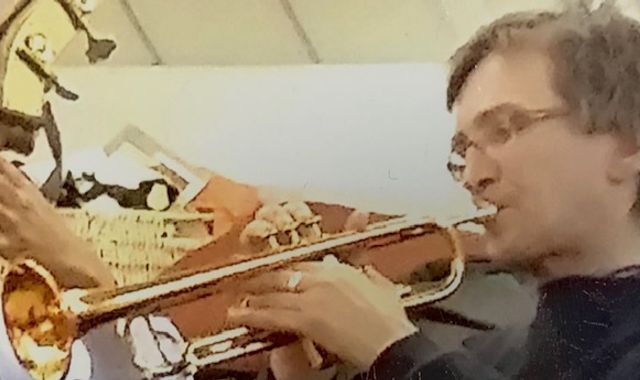 Detectives investigating the death of a musician believe they have found some of his remains near a park.

William Algar's head and torso were discovered in his flat in Barnes, southwest London, on 3 January.

Officers believe they are body parts of the 53-year-old jazz trumpeter.

A post-mortem has found Mr Algar, who was known as Blaise, died from a stab wound to the chest.

A 17-year-old boy has been charged with his murder and is next due to appear at the Old Bailey on 16 January.

Detective Inspector William White said after the remains were found: "This is a significant development in our investigation to establish what happened to Blaise.

"The location of our search is in a residential area, close to Hounslow Heath.

"Were you walking on the heath? Did you see anyone carrying anything?

"I am urging anyone who saw anybody acting suspiciously to come forward and speak with us.

"I am also still keen to hear from anyone who had contact with Blaise during November and December last year.

"He was known to visit the local shops in the Castlenau area - did you notice him or speak to him?

"Our thoughts remain with his family and friends, and we will continue to provide them with the support they need."