Many have called for Nigel Farage to be knighted - and this is the moment it finally happened (sort of).

Arise Sir Nige! @Nigel_Farage finally gets what he wants & is knighted on @NewsThingRT pic.twitter.com/o7ZXm6RpPs

Many have called for Nigel Farage to be knighted for his part in campaigning for Britain to leave the European Union.

This is the moment it finally happened - but not quite in the way some may have imagined.

The LBC Presenter Nigel Farage appeared on Russia Today with Sam Delaney, when a young girl dressed in a cloak and crown 'knights' the MEP with an inflatable sword.

But after she 'knighted' him', she said: "My mummy says you hate foreigners."

The Presenter, Sam Delaney, then jumps in, saying: "No, no, no little girl. You're not supposed to say that, that's naughty." 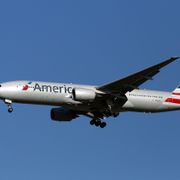 Pilots report seeing 'guy in a jet pack' at 3,000ft above Los Angeles 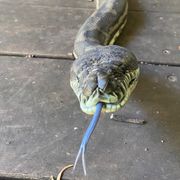 Pythons crash-land into man's kitchen after fighting over mate 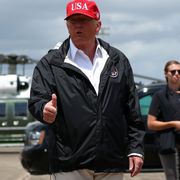 Quiz: How well do you understand the UK's new coronavirus rules?