PC Keith Palmer put himself in harm's way to save other people. We must all remember his sacrifice as what the police do to protect us. And it's something Cressida Dick must consider as she starts as Commissioner, says David Mellor.

The funeral of PC Keith Palmer at Southwark Cathedral this afternoon shouldn’t just be a matter for those who attend, or the thousands of police officers from all over the country who will line the two-mile route of the cortege from Westminster to London Bridge.

It has to be a matter for all of us.

Because Keith Palmer gave his life so others could live. Without hesitation, and without a thought for his own safety, he put himself in harm's way and paid the ultimate penalty.

His sacrifice is a timely reminder that, however appalling the publicity that constantly haunted the Met during the reign of the last Commissioner Sir Bernard Hogan-Howe, however low the Met’s morale is alleged to be, and, in the words of the Guardian, however “patchy its crime-fighting ability”, there is a backbone of dedicated officers, willing to do whatever is necessary in defence of the public they serve.

So let’s all spend a moment contemplating Keith Palmer's sacrifice and remembering him for the quality man he was at 2pm this afternoon.

By a bizarre coincidence, PC Palmer’s funeral is also the first day in office of Commissioner Cressida Dick. She couldn’t have a better day to start; a day when the public are thinking positive thoughts about the disorganised force she leads. But how will she finish?

Hard to say. The careers of her immediate predecessors have all ended in tears.

Cressida Dick needs to learn from that, and become a copper dedicated to fighting serious crime, pushing all other distractions to one side. And she will need to determine her way ahead quickly. Her honeymoon period will not be long.

Is she the woman who made her name in the Diversity Directorate, or the woman who did so well as the head of Operation Trident, fighting gun crime, mainly in the black community? A women who relished the challenge of taking on the anti-terror brief at the Yard, but was then, in effect, forced out of it by Hogan-Howe. Something no one is going to hold against her now.

Words of praise from colleagues past and present ring in her ears today as she steps up to the plate today. All a bit sick-making, in my view.  Where were those people when she was forced out, side-lined and put out to grass in the Foreign Office? Whatever the alleged significance of the job she did there, to all intents and purposes, her career in coppering was over. And none of today’s voluble admirers did anything.

The Met is in a mess. And the tidal wave of emotion for poor Keith Palmer won’t obscure that fundamental truth for long.

Her three immediate predecessors left prematurely, or were forced out.

The last successful Commissioner - and even that is under challenge - was the blunt, seemingly straight-forward Lord Stephens, the public’s view of what a tough minded Police Commissioner should be.

Stephens won public approval because he appeared to be dedicated to fighting crime. Will the woman from the Diversity Directorate be able to have the same impact? I wouldn’t bet the ranch on it, but I harbour hopes.

Cressida Dick is a highly intelligent, and well educated woman, from a sophisticated academic background. She surely knows what the times demand, and what she has to do.

Time to ditch the social worker stuff, Cress. The last thing the Met needs is Ian Blair in a skirt. 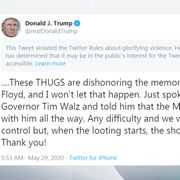 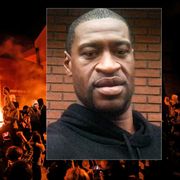