Jihadis Are Coming Back To Britain... We Must Lock Them Up: David Mellor

Islamic State is crumbling. But that doesn’t mean the organisation will go out of business, writes David Mellor.

Hardened Jihadis will merely relocate, and make trouble wherever they end up. As has happened in recent months in France and Germany, with untracked, but known terrorists, driving lorries into innocent crowds.

So let’s try to be wise before the event, shall we? Men and women returning to the UK from Syria should be locked up.   If it can be proved they were fighting alongside IS, they can be prosecuted under existing law. Even if there isn’t such proof, real suspicion allows exclusion orders to be made, or they can be made subject to a TPIM, an order that allows them to be tagged and monitored. Those who have acquired UK citizenship during their lifetimes, can be stripped of it.

But according to the retiring Metropolitan Police Commissioner last week, there’s no evidence that much action is being taken. And the Home Secretary is saying nothing, presumably hoping that enough is being done by the police and intelligence services to prevent any outrages similar to Berlin and Nice happening here.

And if indeed, good intelligence work is nipping the terrorists plans in the bud, well done them. But I suspect Lady Luck has had a part to play in this. And Lady Luck is fickle.

It astonishes me, as someone who was a Home Office Minister for five years, that the Home Secretary hasn’t made a statement about all this. Or been forced to by MPs, some of whom must be equally concerned about the risk posed to innocent people by these hardened potential terrorists.

I suspect the Home Secretary isn’t saying anything, because she isn’t actually doing much. It’s rumoured that several hundred Jihadis, or Jihad sympathisers, have returned from Syria in recent months. But, scandalously, there are only six TPIMs currently in operation.

This is complacency on a grand scale, isn’t it? And sadly, quite a lot of people may well have to pay for this complacency with their lives.

I wouldn’t care to be in Amber Rudd’s shoes if and when it happens. 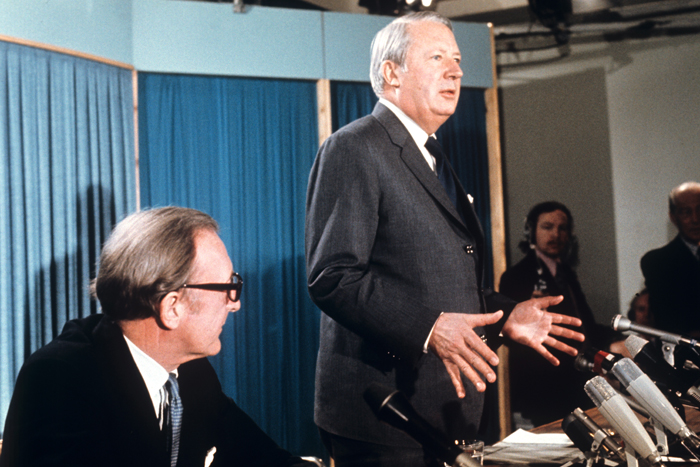 In an interesting scoop yesterday, the Mail on Sunday claimed that the Chef Constable of Wiltshire, Mike Veale, believes that Ted Heath was a serial paedophile, whose crimes were covered up by the establishment.

The MOS report that thirty complainants have allegedly been identified, and “Mr Veale believes them 120%, and thinks they are totally convincing”.

Where have we heard this kind of thing before? Well, that was exactly what those Met idiots running Operation Midland said about a serial fantasist called Nick’s allegations against Lord Bramall and others.

But let that pass. Except to remember that history repeats itself, first as a tragedy, second as a farce. And there’s every chance that Veale is the farcical bit. But we need to know, one way or the other, and fast.

Because, when an accused is alive, our criminal justice system has checks and balances. The police investigate; the Crown Prosecution Service independently decide whether there is enough evidence for a prosecution; and a judge and jury decide guilt or innocence.

It seems however from what Veale has allegedly been telling friends or associates, who have leaked it all to the Mail on Sunday, that no such checks or balances are available to the dead. Veale can act as investigator, prosecutor, judge and jury in his own cause.

He is not directly quoted in the piece, so it could all be made up. But I doubt it. However, since the impression is given that this comes from someone close to him, he is surely under an obligation to clarify his position.

Even the dead are entitled to some respect and protection. And if the wretched Veale doesn’t understand that, the Home Secretary should make sure he does.

LBC Views: Boris Johnson is a problem that the Tories are unwilling to solve