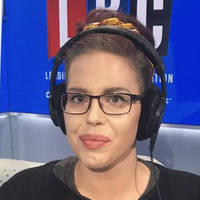 We knew it was coming. At the beginning of May this year leaked documents revealed the Supreme Court in the US was planning to overturn Roe vs Wade, a landmark ruling on the right to individual privacy and bodily autonomy.

Yet, even though I had been warned to expect it, I was still shocked, appalled and heartbroken when the event actually came to pass last week.

Thirteen states had so-called ‘trigger clauses’ in their constitutions, meaning the women who lived there immediately lost their right to have a legal abortion.

These states instantly joined Poland, El Salvador and Nicaragua as the only places in the world to renege on or restrict women’s reproductive rights in the past decade.

Read more: What is the Roe V Wade abortion law and why does it affect abortion rights?

The only exception would be if medical professionals deemed there was a significant threat to the mother’s life (although how confident those doctors would be to make such an assessment given that any person who assists an abortion can now be prosecuted and jailed is uncertain).

There are no exemptions for rape, for incest or for age.

I’m sorry to have to spell it out, but it bears repetition – A child could be raped by a family member in these states and not have recourse to a safe abortion if they became pregnant as a result.

It is expected that another 13 states will follow suit shortly – 26 in total. That’s an estimated 36 million women (and others who can get pregnant) directly affected.

Of course, the remaining states will also be impacted, as those women who can afford to travel to use their abortion services.

A commentator from ‘blue state’ Illinois told me on LBC that they were expecting as many as 10,000 women per day and, if that eventuality occurred, their healthcare teams would quickly become overwhelmed.

This is devastating for the women of the US and, as the old adage goes, when America sneezes the world catches a cold.

Writing for Al Jazeera, Kenyan human rights barrister Stephanie Musho said: “in Africa, where the risk of dying from an unsafe abortion is the highest in the world, Roe vs Wade has been an important weapon in the arsenal of those fighting to liberalise abortion laws”.

Of course, with our tendency towards arrogance and exceptionalism, many British people have argued that this doesn’t affect us at all.

Yet, as author Nick Pettigrew wrote on twitter the day Roe vs Wade was overturned “many in the Tory party have strong links to the rightwing evangelical movement in the US. If you think there’s no risk of today’s US news being tomorrow’s UK news, you’ve really not been paying attention. It’s just proven to our politicians that stuff like this is possible”.

Boris Johnson has called the Supreme Court decision a ‘backwards step’, but there are examples, too numerous to mention here, of him saying one thing before going on to do the opposite. His words are never terribly reassuring.

From my point of view, the decision has had the immediate and frustrating effect of revivifying a ‘debate’ over something which, as a society, I thought we had deemed undebatable i.e. a woman’s right to choose.

I did not think that, in my lifetime, I would ever have to have a conversation with a man arguing that giving a woman the right to ‘kill a man’s baby’ is ‘misandry’ - and yet that’s the exact argument I found myself having with a caller on my most recent show.

Perhaps it is fruitless to argue with someone whose personal or religious convictions have somehow persuaded them that the rights of a foetus trump the rights of its mother.

Perhaps, then, we should stick to this, one, salient fact: Data from UNFPA shows restriction access does not stop people seeking to have the procedure, it simply makes it less safe, potentially life-threatening, for them to do so.

America has such an enormous amount of global power, the effect of Roe vs Wade has been to embolden anti-choice movements and the convictions of regressive individuals throughout the world. Those with knowledge of the US legal system have warned the decision also has implications for access to contraception, gay marriage and even for interracial relationships.

If these rights are removed the effect will be exactly the same: Misogynists, homophobes and racists everywhere will be legitimised.

Part of me isn’t sure I have the energy. The other part knows that I must find it, somehow.

'Do not swim' at 22 beaches in England after sewage discharge, Environment Agency warns