LBC Views: Theatre is on its knees, why has so little cash gone to them 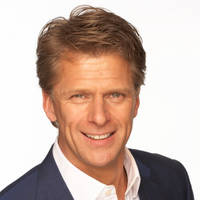 LBC Presenter Andrew Castle examines the issue of theatre and asks why it is getting so little support.

If you want an opinion on something, turn to an expert. This morning on LBC, Nick Ferrari was talking to Lord Andrew Lloyd Webber, possibly the greatest composer of musicals in history. The great man - Andrew, not Nick - completely took the government apart on their attitude towards theatre and the arts.

Cinderella begins tonight. It’s a production that has involved hundreds of people over many years, and according to Lord Lloyd Webber, the fact that it’s going ahead at all is of no thanks to this government. The arts and the creative sector in the UK have never particularly loved Tories of any sort. But with Boris Johnson, who Lloyd Webber has never spoken to, the enmity rises to a new level.

Theatre is on its knees and they have had no help at all from the government worth speaking of. Lloyd Webber said he welcomed the Cultural Recovery Fund but said only 1% of it has gone to the commercial theatre. Why so little?

People in their millions come to London, other cities and towns across the UK to see theatre. It’s a part of the experience of a place and it brings in billions of pounds. In the arts, the perception is that the Tories have no comprehension of this.

The word ‘showbusiness’ can be divided into two: one of them is ‘show’ and the other is ‘business’. This is a Tory government. Conservatives are seen as people who know how to look after the economy and manage money.

In this particular regard, and during this pandemic, I would contend that they have failed miserably to understand that theatre and the arts is a business. It has been a disgrace from beginning to end and the votes of all in the industry have been lost forever.

And why do I care? Because my daughter, Georgie, who has devoted much of her life to the arts, to singing, to the theatre, and who is in Andrew Lloyd Webber’s Cinderella, has been shattered by the experience of her treatment, and more importantly, the treatment of her industry and her friends. She is genuinely surprised and upset that they have been largely ignored. I don’t blame her for being angry.

'I'm a realist': Cressida Dick acknowledges 'challenges' around sexism in the Met

Javid's jabs plea: Health Sec says 'get your booster' as he rules out Covid Plan B