The Labour leader's people carrier ran over the man's foot as it arrived at the building where Mr Corbyn will discuss the party's draft manifesto.

Giles Wooltorton was filming for the BBC when the car ran over his foot as it pulled into the Institution of Engineering and Technology on Savoy Hill, central London around 11:20am this morning. 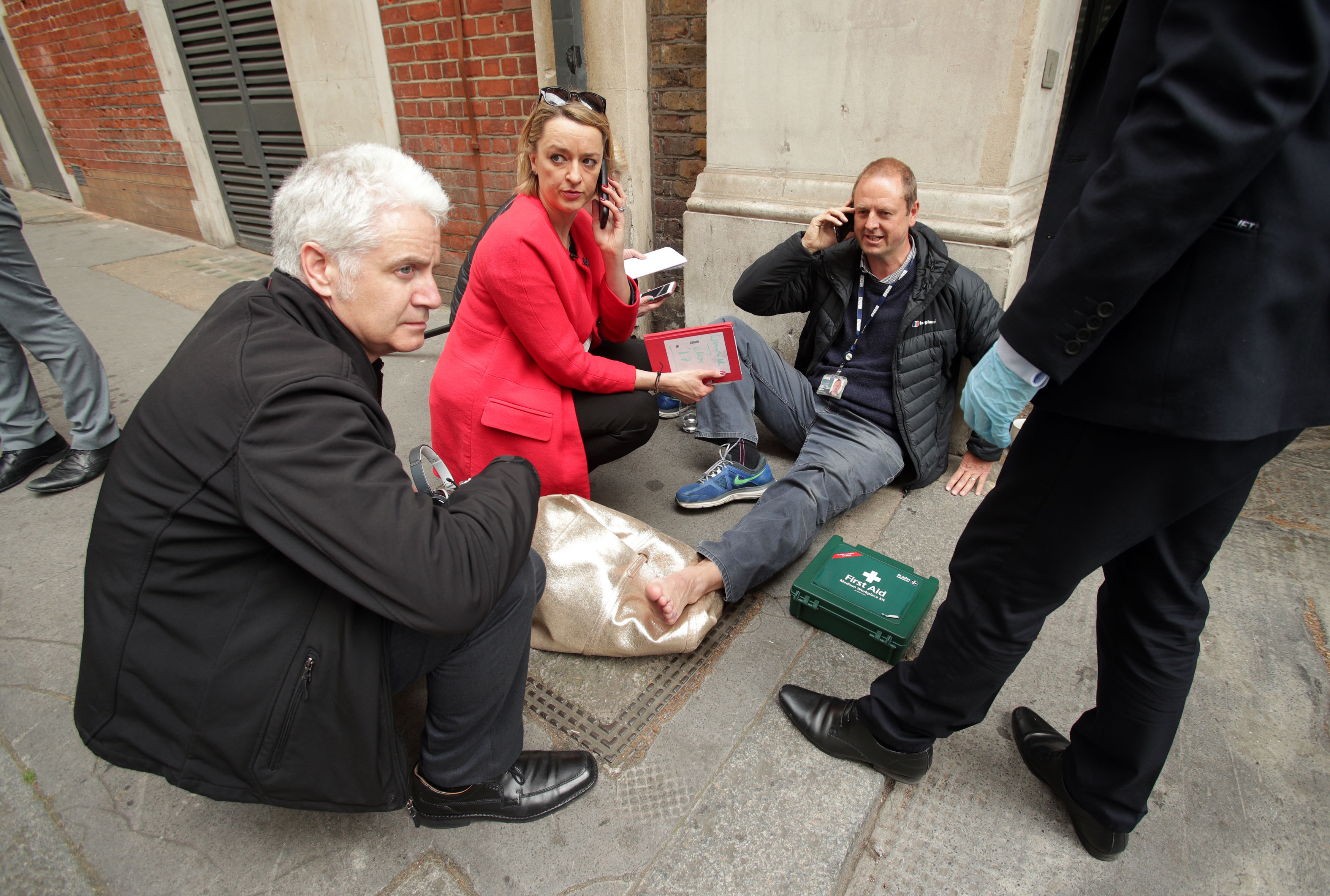 The Volkswagen people carrier was being driven by a specialist police officer at the time.

Mr Wolltorton was helped by his colleagues, including BBC political editor Laura Kuenssberg, and by-standers until paramedics arrived.

Police have spoken to a witness and a Labour party member and are "looking into" the incident. 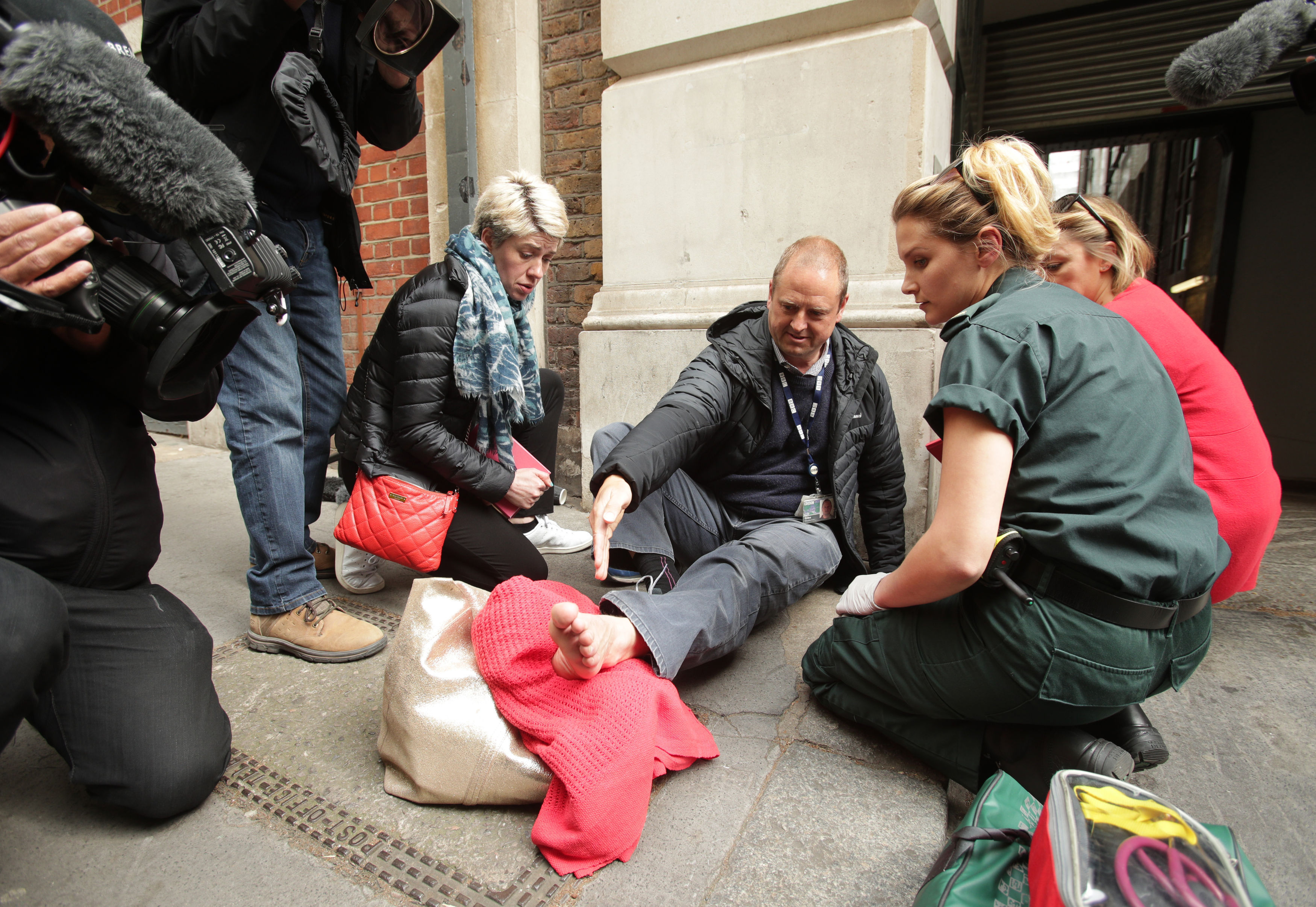