The Times front page this morning said that 95 percent of new workers in the past year were foreigners. But LBC's Fact-check shows there are two problems with that.

Richard Braham from Full Fact explains that it depends what you call a Brit and how you define a new worker.

"The 95 percent figure might not be talking about people who you would call foreigners.

"The headline is referring to foreign-born workers. By that definition, Boris Johnson is a foreigner because he was born in New York.

"If you look at UK citizens, the number is different. Just over half of the net change in employment last year was made up of a change in the number of non-UK citizens working in the UK.

"So it depends on what you think a Brit is. Are they someone with UK citizenship OR someone who was born here? Or something else entirely? 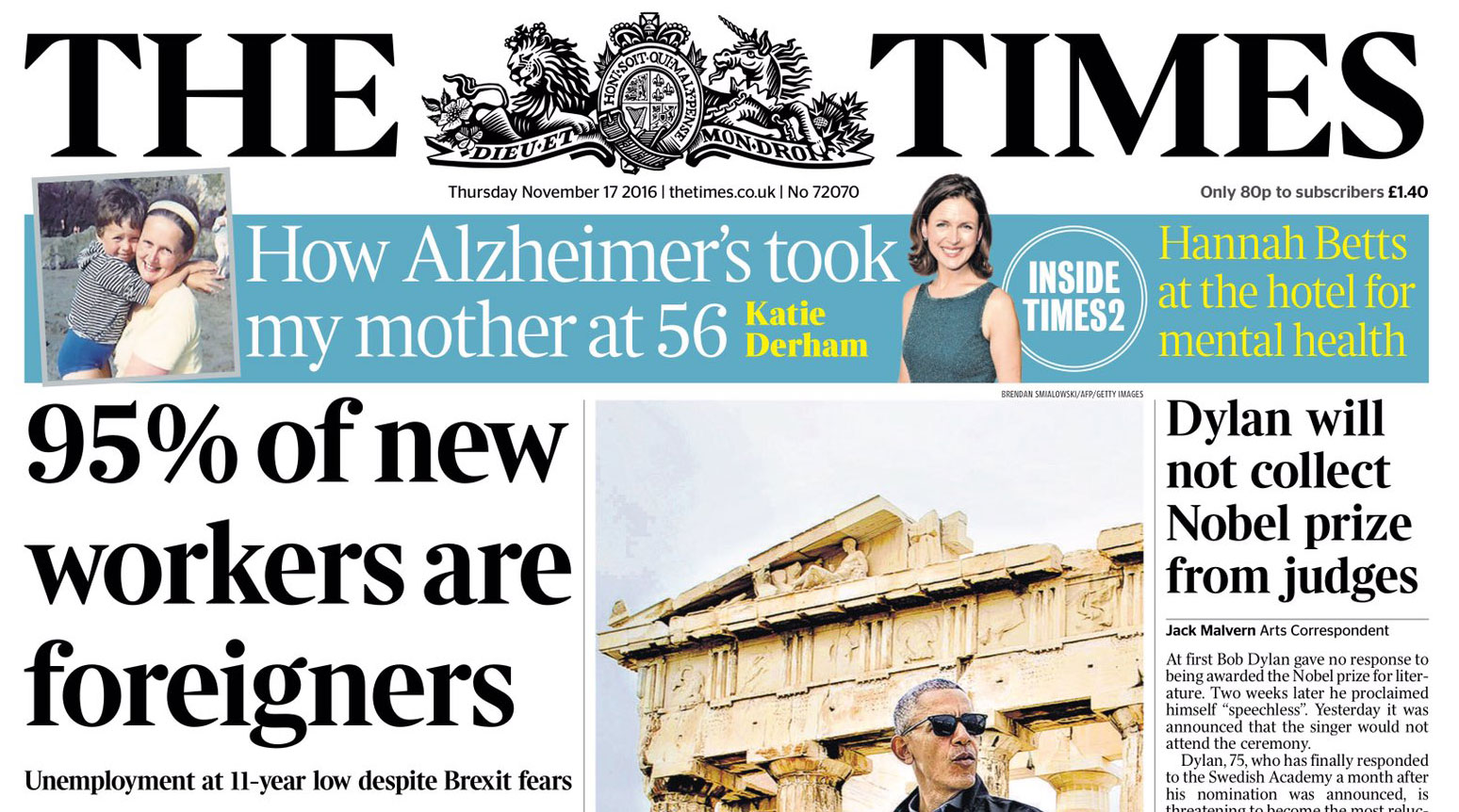 "What we can say is that more UK citizens and foreigners (by any definition) are in work this year, than last year.

"There are now about 32 million working in the UK, it’s gone up by a little under half a million in the last year.

"But oddly, if we look at the number of British citizens it’s a more even split. There are 213,000 more british citizens working than this time last year. Against 241,000 non-Brits.

"And these aren’t the only ‘new workers’.

"Imagine 20 people lose their job and 40 different people find  a job. Overall there are 20 more people in employment, even though actually 40 people were ‘new workers’.

"The figures tell us the headcount of people who are employed, they don’t tell us how many people have entered work.

"They don’t tell us who are getting jobs and who are leaving jobs, what kind of jobs those are, or why. They just tell us overall change in the number of people in employment and their citizenship status.

"So the 95 percent figure isn’t referring to ‘new workers’ and it might not be referring to someone who you’d call a foreigner."

How Does US Healthcare Compare To The NHS: LBC's FactCheck

Who's Right On NHS Waiting Lists: May Or Corbyn - LBC Fact Check