Who Is James McVey? The I'm A Celeb Star Scared Of Spiders And More Facts

The Vamps' James McVey has been revealed as the sixth contestant to join the I'm A Celebrity 2018 line-up.

James McVey, who is also an anti-bullying ambassador for the Diana Award, will be one of the contestants on the new series of I'm A Celeb.

McVey is a singer and lead guitarist in the band The Vamps with Brad Simpson, Connor Ball and Tristan Evans, who have had five UK top five singles in 2013 and 2014, and released three albums.

The Vamps have been a support act to Taylor Swift, and boy bands McFly and The Wanted.

James McVey, who is a vegetarian, admitted he is scared of spiders.

"I'm a bit nervous about entering the jungle, but I'm looking forward to it as it's a challenge, it's going to be good hopefully. I'm scared of spiders, but apart from that it should be fine," he said.

The musician has appeared on LBC, where he has discussed mental health and bullying.

During a phone-in with Iain Dale, he took a call from a 13-year-old girl who had been relentlessly bullied on social media.

He has also revealed how bottled up feelings upset him to the point that he almost left his band, and that opening up helped him overcome it.

Speaking to Beverley Turner, he said: I think that everyone at some point in their life has said things that they regret, or has been a joke to them.

"I looked through my tweets. I typed in horrible words around my thing to see if I had ever said things like that. But the reality is I had thousands of people tweet me that, but that's not what people are looking for."

Declan Donnelly will present the show without Ant McPartlin for the first time in the show's history while McPartlin steps away from his television commitments. Instead Holly Willoughby be stepping in to co-host the 18th season.

Other campers on this years competition include former Tottenham Hotspur and West Ham manager Harry Redknapp, who admitted he has never watched the programme before.

DIY SOS presenter Nick Knowles, stern Governess Anne Hegerty in The Chase, and Torchwood and Doctor who actor John Barrowman are also heading to the jungle. 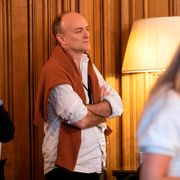 Coronavirus: Which Tory MPs are calling for Dominic Cummings to go and why? 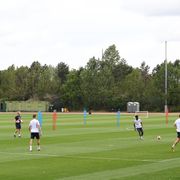