Shelagh Fogarty and political editor Theo Usherwood discuss the likelihood of Labour's latest campaign pledge after Jeremy Corbyn declared that he will get Brexit sorted within six months.

Today Corbyn said that his party stands for "the 99%" on Brexit as he tried to position himself between the "extreme" Conservatives and Liberal Democrats.

The Labour leader insisted his plan to renegotiate a deal with the EU and hold a referendum within six months of becoming Prime Minister was "realistic."

Watch the video above. 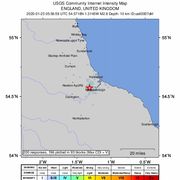