LBC's election night guide: when to expect the key results on Thursday night

Staying up with Iain Dale and Shelagh Fogarty to watch LBC's election night coverage? Here's when the key results are expected to be announced.

Polls will close and the broadcasters’ joint exit poll will be published. It could be clear before the poll is released what the general direction of the result will be – just like it has been for five of the last six elections.

Sunderland have been the speediest to declare their results since 1992 but Newcastle upon Tyne, rivals not only in football, have been victorious in the 2016 EU referendum and the 2017 general election. These early results in the north-east are likely to stay as safe Labour seats.

After midnight we should expect to hear from the ‘red wall’; Labour but Leave seats in the Midlands and the north. The result in Workington, which has voted Labour for 100 years aside from one by-election, will be of particular interest. Thinktanks have defined the “Workington man” as a crucial group of voters who may on the brink of backing the Conservatives. The group are described as older, white, leave-voting northerners.

Before 2am we’re also likely to hear from other consistent Labour seats including Darlington, Sedgefield (Tony Blair’s old seat) Leigh, and West Bromwich East which has been a Labour stronghold since its creation.

As results will be coming in for England, crucial results in Scotland and Wales will start to emerge. Conservatives are defending 13 seats in Scotland, including Aberdeen South and Angus. Seven seats in Glasgow, which are all marginals between the SNP and Labour, are also expected to be declared.

In Wales, key Tory targets include seats in Wrexham, Gower and Vale of Clwyd – but in the Vale of Glamorgan their hopes may be dashed. The ex-Welsh secretary Alun Cairns, who was forced to resign over his alleged role in a rape trial, defends a majority.

Back in England, results will be fast flowing and towards 4am it is predicted a third of all constituencies will have declared. It is now we’re likely discover whether Liberal Democrat leader Jo Swinson has defended her East Dunbartonshire seat.

By now, as a vast amount of results will be in, we are likely to see the fate of the Commons.

The majority of the London votes are also likely come in at this time, which is good news for Labour - can they add any more seats in the capital or was 2017 the party’s peak? Or, as the polls suggest might there be a big increase in Lib Dem support?

We'll discover if Lib Dem’s Luciana Berger, who fled Labour due to antisemitism will win a set in the largest Jewish electorate, Finchley and Golders Green.

Liberal Democrats also hopes to win the Remain voting areas in the south such as in Winchester where they came second in the last elections.

6am: results are in

There may be last minute gains for the parties at this time, and we’ll know whether Caroline Lucas will still be the only Green MP in Parliament if she defends her Brighton Pavillion seat.

But one thing is for certain, we’ll be either rejoicing or commiserating as we hear the final result. 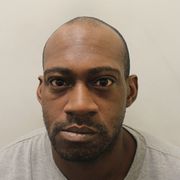 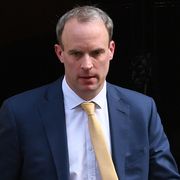 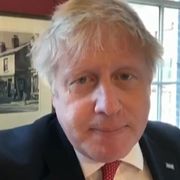