Here's Where MPs and Lords Will Move To From Parliament

These are the buildings that MPs and Lords will possibly use if they have to move out of the Houses of Parliament.

The iconic Palace of Westminster, or the Houses of Parliament as it's better known, is in desperate need of a major programme of maintenance and repair works, and the costs of these renovations range massively.

If MPs and Lords are to remain in the palace while works go on the project is estimated to cost £7.1 billion.

The cheaper and quicker option will cost around £4 billion and take about 6 years to complete, but this requires the two houses of parliament to move.

It is proposed that MPs would move to the building that is currently used by the Department of Health, where a temporary debating chamber will be built. The house of Lords would likely move to the nearby Queen Elizabeth II Conference Centre. 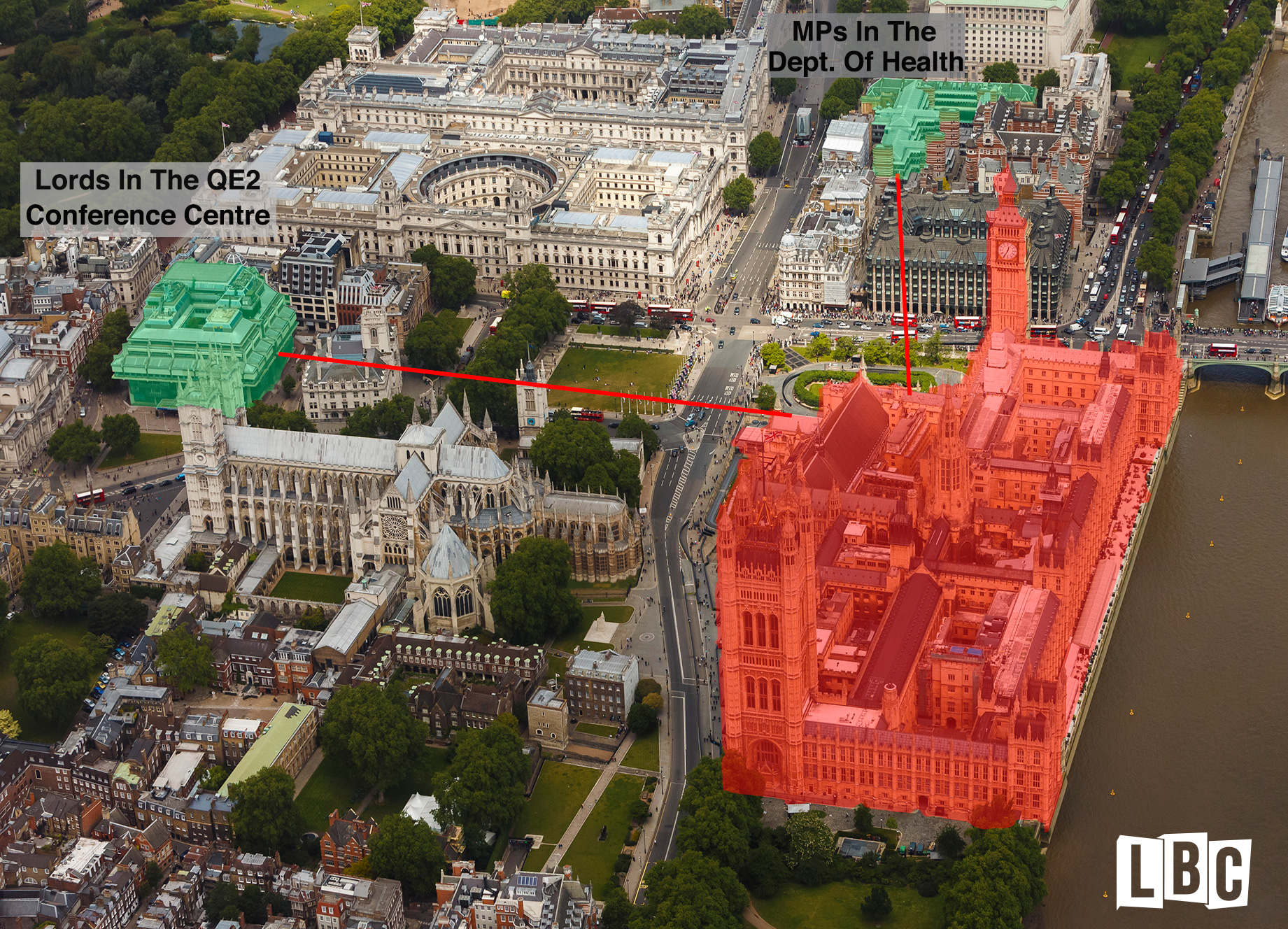