Andrew Castle gets into a sparky war of words with a Black Lives Matter activist who says the police are anti-black.

19 people have been arrested after Black Lives Matter protests across the UK saw several roads closed, including the M4 at Heathrow.

Gary McFarlane joined Andrew Castle on LBC to explain why the action was taken but the presenter took umbrage at the "anti-police" comments made by the activist.

"I don't know where your attitudes came from the first place," said Andrew.

"Why do you find that so difficult to grasp?" fired back Gary. "You're the man on the radio so you control the situation."

Andrew didn't like that: "I'm the man on the radio? Gary, you're so busy, you're so quick to be judgmental aren't you?

"You have no idea about what my background or what I think about things!

When Gary laid out his argument that people of colour's deaths at the hands of police officers was "something worth shouting about", things heated up again.

"You are anti-police, aren't you?"

Gary's answer was delivered powerfully: "Am I anti the police stitching people up at Hillsborough? Yes.

"Am I against the police that mashed up the miners at Orgreave? Yes.

"Am I against an anti-working class police force? Yes.

"Am I against an anti-black police force? Yes.

"Is there anything else that's not clear?" 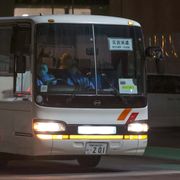