Stanley Johnson told Andrew Pierce that his son Boris is the Tory leadership candidate 'most likely' to stop the rise of Nigel Farage.

Andrew asked the former Conservative MEP whether Boris would stop The Brexit Party 'in its tracks', to which Stanley replied: "You have absolutely put your finger on it".

"I think it's really vital that at this moment the Tories don't abandon the field as we apparently have done.

"It is absolutely vital that the big, strong, right centrist party, which the Conservative Party has usually been, reasserts itself."

His comments come as the Conservative Party sets to embark on a leadership contest after Theresa May said she will announce the timetable for her departure after her Brexit deal is put to another vote in Parliament.

The Prime Minister told the party's 1922 Committee that regardless of the outcome of the vote, she will 'immediately' set out her plans for her resignation.

Stanley's son, the former Foreign Secretary Boris Johnson, has announced his candidacy for the Tory leadership in a contest that is expected to take place in the coming months. 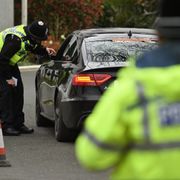 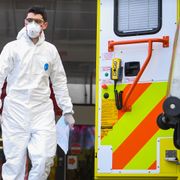 Coronavirus: Boris Johnson under pressure over lack of protective gear for NHS staff