Graham Brown revealed that his daughter's case had called the legal aid system into question, as he urged Jack Shepherd to return to the UK and serve his sentence.

The father of Charlotte Brown, who was sadly killed in a speedboat accident on the Thames in December 2015, spoke to Andrew Pierce about the case.

His plea follows the discovery that Jack Shepherd, the web designer convicted of Charlotte's manslaughter by gross negligence, had fled to Georgia after being convicted in his absence in July last year and sentenced to six years in jail.

Mr Shepherd's precise location was only revealed in the last fortnight, his whereabouts were previously unknown.

Talking about how long it might take to get Jack Shepherd over to the UK, Graham Brown revealed that he'd been informed it should not go on for longer than nine months.

"I've been told that every day he spends in a Georgian prison doesn't count towards his prison sentence", Mr Brown revealed.

Andrew expressed his opinion that Mr Shepherd had "forsaken" his right to legal aid and to an appeal by fleeing and that he should be "banged up" to serve his full six-year sentence.

When asked by Andrew Pierce what he would say to Jack Shepherd, the victim's father said: "Come back to the UK and serve your sentence".

Watch the interview in full below. 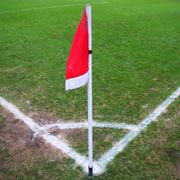