Northern Irish political editor explained to Eddie Mair why the reinstating of the Northern Ireland's devolved government is so significant.

"It is something which involves a compromise where both the DUP and Sinn Fein have separately backed down on key elements of what were their red lines," Mr McBride said, "they've done that in the face of very obvious public movement away from their parties in last month's general election."

He thought this public shift had "frightened both those parties."

"Up until now we had been limping along without a government and with no ministers in place of either a devolved or direct form and there was really very little consequence from that," Mr McBride said.

That was "transformed" during the election campaign when a building health crisis was brought to a head by union strikes "and there was a sense that literally lives at stake" which saw public anger turned towards the two main parties.

Both the DUP and Sinn Fein will be back in on Monday but the question is whether this will increase their public support, he said.

He also observed that this move by Sinn Fein is "fundamentally this is an Irish language act in all but name. They have managed not to call it that but that is what it will be."

Eddie asked Mr McBride to explain which compromises the two parties had to make in order to sit together in government.

DUP's first minister will be able to have a veto over policies which is obviously not what Sinn Fein will want, he said, and what was non-negotiable and an inherent right, such as the right to speak Irish, is now negotiable and "part of a stuttering political process."

"This is not the end of the road for Sinn Fein on Irish, they want much more but they're happy to go back in at this point," he said.

Arlene Foster may be vulnerable in her position firstly because she famously said in the last assembly election that she would never support an Irish language act.

Mr McBride said that the DUP's Arlene Foster is particularly vulnerable because she has been losing support and is currently facing pressure over the cash for ash scandal, a failed environmental incentive scheme which is reported to have cost the public £500 million.

The political editor assured Eddie that her position in the party will be the focus this weekend. 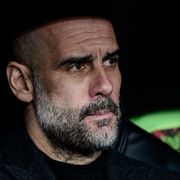 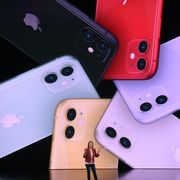 Imagination chiefs on brink of quitting over Chinese raid