A rape victim speaks to Eddie Mair about the police's decision not to investigate her complaint further after she refused to allow access to 7 years of phone data.

Victims of crime, including serious sexual assault and rape, are being asked to sign consent forms in order for police access to information such as mobile phone messages and photos.

Olivia, who changed her name to speak on LBC, said she'd been asked to sign one of these forms in relation to a complaint alleging rape by a stranger.

She said: "I kept trying to ask them if the data that they took could be restricted just to the period of time of relevance to what actually happened, and they said no.

Olivia explained that the request involved "every application she has ever used" to contact anyone.

Eddie asked if her refusal to hand over her phone affected the investigation into her complaint.

She said: "They told me that if I didn't consent that they may just drop the case and may not proceed with it.

"They have now dropped the case citing one of the reasons being that I have not handed over seven years of my personal life which is of complete and utter irrelevance to that one night.

Olivia said she is appealing the decision by the police.

"The tiny tiny number of women that make false accusations should not discredit the fact that there are thousands of women who are raped in this country every year, and the men that do it with practically impunity.

"There are men that lie about raping women all the time and that is a far bigger problem.

"It's really horrified me that this is something that is going on all over the country all the time.

"I'm in no way shape or form an unusual case - this is something that happens constantly." 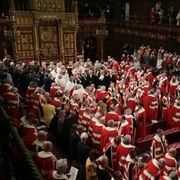