Discussing the series of hurricanes ravaging the Gulf of Mexico, Ian Payne said the scientific consensus was that global warming would increase the frequency of more intense storms.

He referenced research showing an increase in energy-output by storms since the 1970s.

"Recent research shows we are now experiencing more storms with higher wind speeds and these storms will be more destructive. They will last longer and they will make landfall, crucially, more frequently.

"And because this is strongly associated with sea surface temperatures, it is reasonable to suggest that the increase in storm intensity and climate change are linked.

"But are we hoodwinking ourselves?"

Trend for hurricanes over the last 200 years is constantly downward, climate change happens regardless of human activity.

The ECIU Director joined the conversation by thanking Ian for his analysis, saying "you've done the job for me."

"You're absolutely right. You need these warm seas to form a hurricane.

"The sea surface temperature in that part of the world has increased by, oh, about a degree celsius during the period that we've had manmade climate change.

"So it obviously means on average you are more likely to have water temperature that will lead hurricanes to form.

"In the case of Harvey it actually intensified because the water was even warmer.

"But the problem is we don't have a perfect data set. Scientists only started looking at hurricanes from space in the 1970s.

"You've got natural cycles of warming and cooling in the ocean and you also just have random year-to-year weather.

"So it's pretty difficult to discern whether there has been any overall trend in the record, logic suggests there should be, because of this sea surface temperature thing.

"But, if you try and look at the big macro picture, the science isn't there yet to do that.

Watch the full clip at the top of the page. 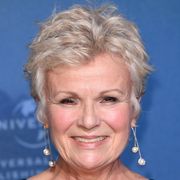