A former advisor to John McDonnell told LBC that the UK lags behind the rest of the world in ultra-fast broadband as he gave his backing to Labour's plan.

Jeremy Corbyn today said that free superfast broadband for everyone in the UK should become a treasured public institution just like the NHS.

Announcing the proposal, the Labour leader said it would be paid for by closing tax loopholes used by large tech companies like Facebook and Google, as well as nationalising part of BT.

Speaking to Ian Payne on LBC, economist James Meadway said: "The figures are quite striking. 7% of the country has this superfast, full-fibre broadband.

"It affects the way we live our lives. We can't rely on it if we want to stream a film, or more importantly, if you're trying to run a business and need to have continual internet access."

Referring to the need to nationalise the OpenReach part of BT, he said: "The government has already committed £5billion to speed up the delivery of this. The reason you would nationalise it and put it into the public sector is so that you can push the thing through.

"We know this can work in the rest of the world. Singapore is the best example."

Echoing Boris Johnson, he added: "We're spending so much time talking about whether we can do it. Let's get it done."

He did pick up one negative - it would result in a lot more roadworks over the next 10 years.

"I can't say that you can just magic the stuff into the ground," he admitted. 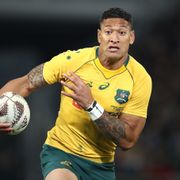