Uber driver James Farrar spoke to LBC's James O'Brien in response to Supreme Court justices ruling against Uber operating companies by concluding that drivers should be classed as workers and not independent third-party contractors.

The ruling means Uber drivers are entitled to basic rights such as breaks, holiday pay and minimum wage.

Uber operating companies had appealed to the Supreme Court, but justices dismissed Uber's appeal in a decision the GMB union said was "historic".

Mr Farrar said that the six year legal battle started after he felt unsupported by the company when he was assaulted by a passenger while working.

He explained: "I found that Uber wouldn't cooperate with the police. They wouldn't identify who the assailant was.

"I started looking around at the contract to understand where's the duty of care [and] who's responsible for what. And then I saw what the problem was.

"The problem was Uber had created this fiction that I was contracting directly with the customer and it was simply a booking agent."

Reflecting on the role of Uber following the Supreme Court ruling, he said: "I wouldn't say that [Uber] is so awful. There is a role for this work and all we've ever asked Uber to do is to obey the law."

Mr Farrar also told James could close to double what he earns, as Uber is now required to pay its workers a minimum wage.

Speaking of the Supreme Court ruling, he added: "This is going to have big benefits too for urban centres because the phenomenon of Uber is oversupply and not being responsible for the cost of that.

"And so now Uber has the right economic incentives to rationalise that, not under-employ people [and] utilise people properly, which will reduce congestion and poverty." 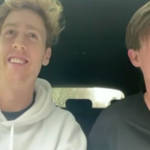 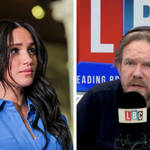 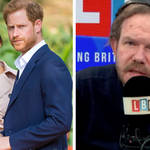 'Prince Harry has made Diana proud by standing up for Meghan'

Is Meghan Markle and Harry’s son Archie a Prince?