James's Message To Leavers Trying To Shut Down Brexit Debate

James O'Brien says that outspoken Leave voters and campaigners want to silence people worried about the future of Brexit Britain. That's not how it works, he cautions.

"There is no bigger issue facing the country than the terms of our Brexit deal."

James then delivered his message to the Leave voices who are angry at him for debating the terms of our exit: "If you don't like the fact that I continue talking about it...that's absolutely fine.

"But I'm not going to change my commitment to examining the future of my country because you're frightened that you might have actually punched yourself and everyone else in the country in the face.

"That's not how democracy functions and it certainly not how freedom of the press functions. We've done something. We've made a decision, collectively as a country.

"Not to wonder where that decision might lead us is like pulling the rip chord on your parachute without knowing whether or not the parachute bag contains a silken parachute or a packet of Haribo sweets.

"Stop looking in the bag you pesky Remoaners! 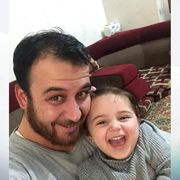