The Daily Mail hated the energy freeze policy when Ed Miliband proposed it. So why do they love Theresa May's identical policy, asks James O'Brien.

The Conservatives' first big policy announcement of the election campaign revealed that they will impose a cap on energy prices - a remarkably similar policy to the one that David Cameron labelled "communist".

At the time, the Daily Mail wrote: "Back to the bad old days". But today, their headline on May's policy read: "£100 off your energy bill". 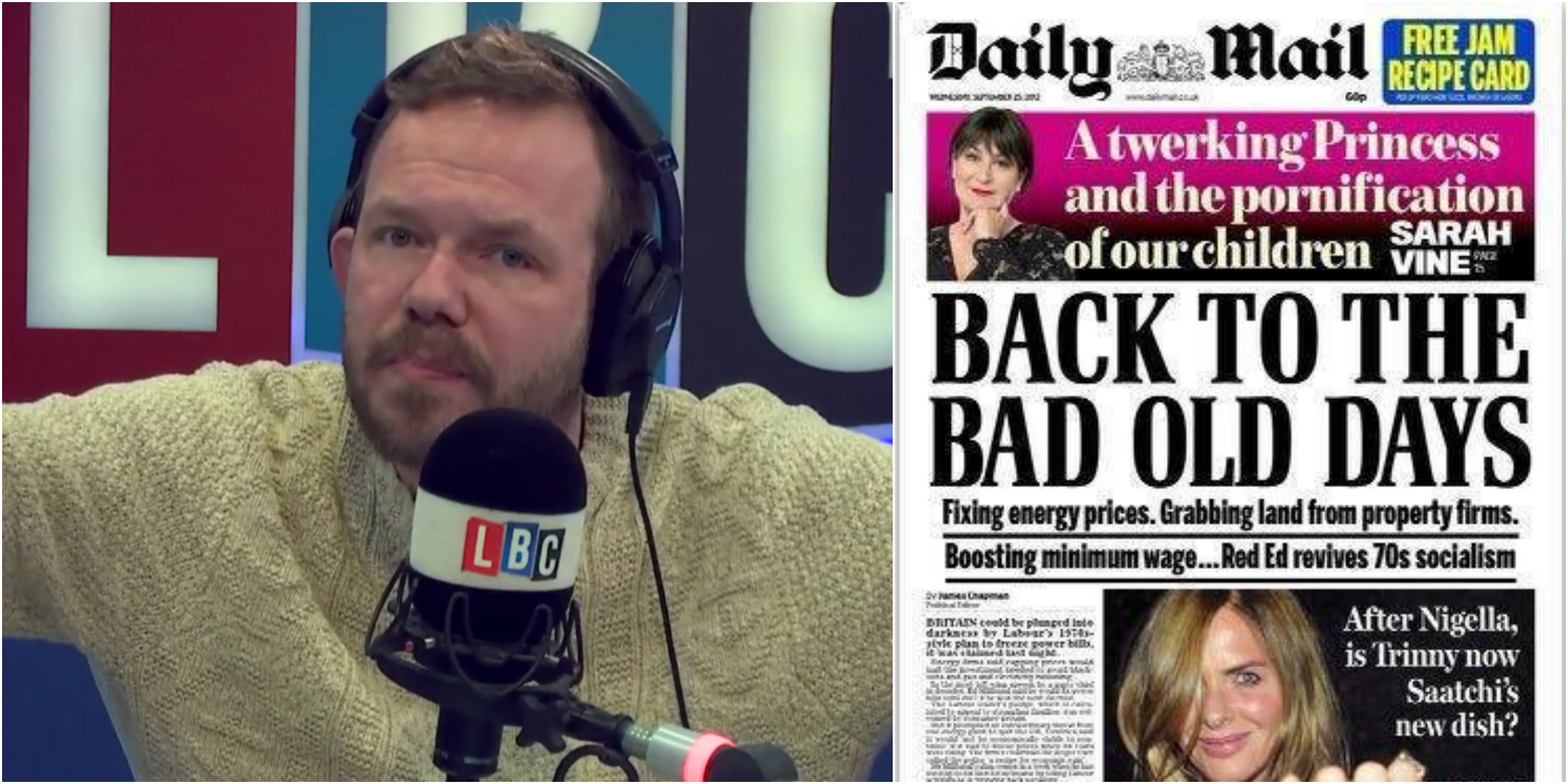 Speaking on his LBC show, he said: "This is a really really left wing policy, but because the Daily Mail are cheering it and the Conservative Party or punting it, lots of people who think they're right-wing are going to be persuaded that it's not."

When explaining why he thinks this is a left-wing policy, James stated: "You've just made £200million, how can that be bad news? Answer" well, we made £450million quid last year and if we don't get back up to that level sharpish the Chairman and the Chief Executive will get booted out by the board because the board is there to make sure that the shareholders keep making more money next year than they did last year. That's what growth means.

"That's the polar opposite of the ideology of trickl-down economics or while creators, look after the wealth creators and and they'll look after the rest of us. This is about as close to a pure left-wing policy as I can remember seeing. And yet the Daily Mail are cheering it."