Theresa May insists that "no deal is better than a bad deal" on Brexit. But what does that actually mean, asks James O'Brien.

The Prime Minister told the Battle For Number 10 debate that she was willing to walk away from negotiations with no trade deal - and repeated the catchphrase a number of times.

But James asked one simple question: "What on earth does that mean?" 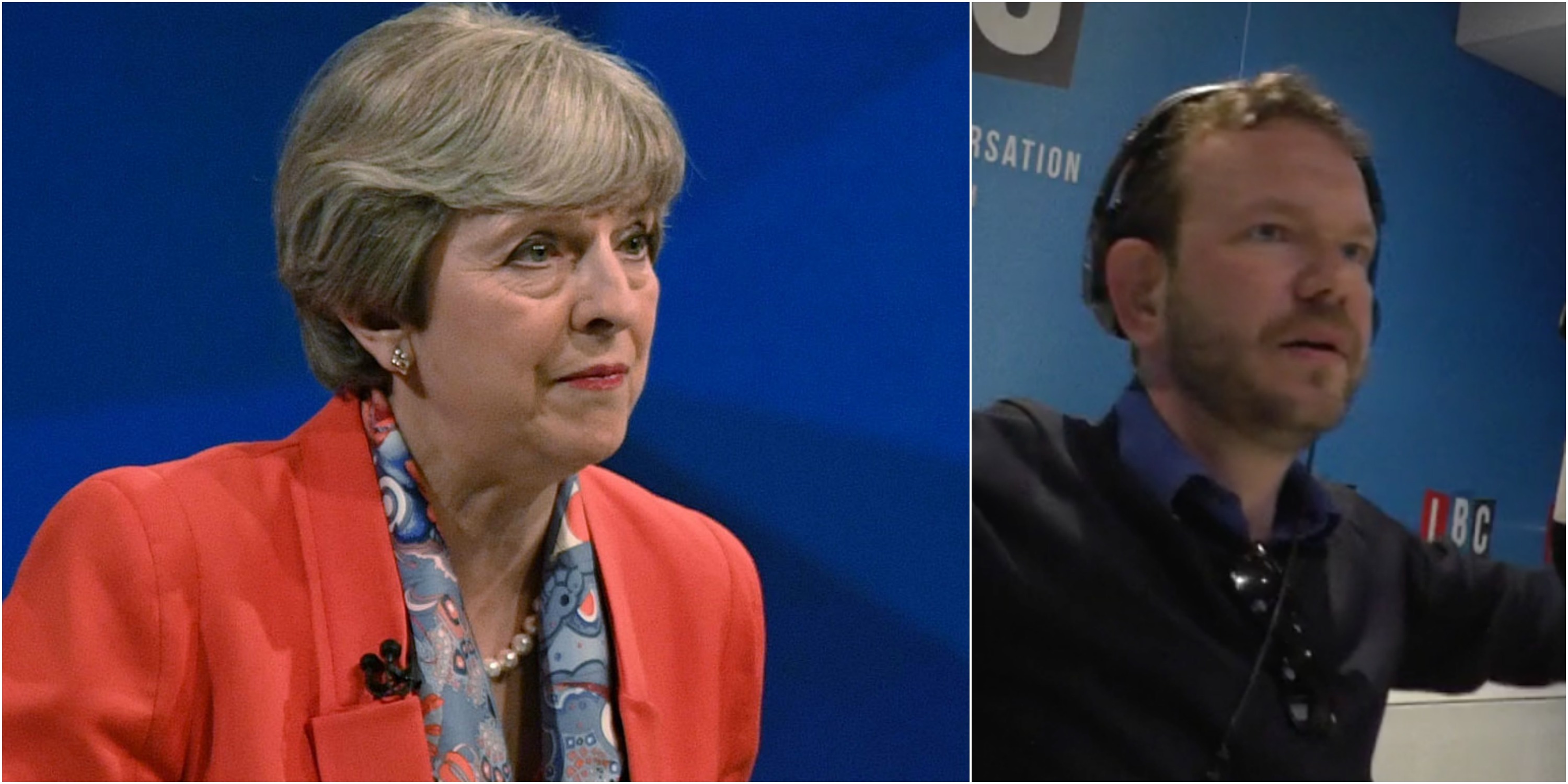 "So unless someone can explain what a good deal is, we must conclude that we will be securing a bad deal. ie. a deal which is demonstrably and definitively inferior to the deal which we currently have.

"And that is British politics for you."

James O'Brien: How can people still claim lockdowns are unnecessary?

Can you still spread Covid-19 if you’ve had the vaccine?

Watch the moment cyclist 'coughs and spits' at driver raging 'I've got Covid!'

Meghan Markle letter to dad published by Mail is 'serious invasion of privacy', a court hears

Is it going to snow in London? Capital weather forecast as Storm Christoph arrives

1 in 8 people in England has had coronavirus, new figures show