This is James O'Brien's immediate reaction to Jeremy Corbyn's launch of the Labour Manifesto.

The Labour leader announced a series of radical policies including the abolition of tuition fees, free school meals for every child and the renationalisation of railways and Royal Mail.

Speaking to LBC's Political Editor Theo Usherwood, James said the policies announced seem to be popular among the voters, but they don't want Jeremy Corbyn as Prime Minister.

Theo told James: "What I found when I was out and about in Bradford is that they quite like the policies.

"Scrapping tuition fees? Oh we like that. What about Jeremy Corbyn? Oh no, not so sure, think he's a bit weak. He doesn't stand up for Britain.

"So you end up in a situation where you're splitting the policies versus the leader. In a way, that helps Jeremy Corbyn's supporters, because when we get to June 9th, that narrative, if it continues, they will say the messenger was wrong, Jeremy Corbyn was the wrong person, but we can't have a return to New Labour policies. We have to find someone else who is better placed, more media-friendly, more polished on the television to carry that message." 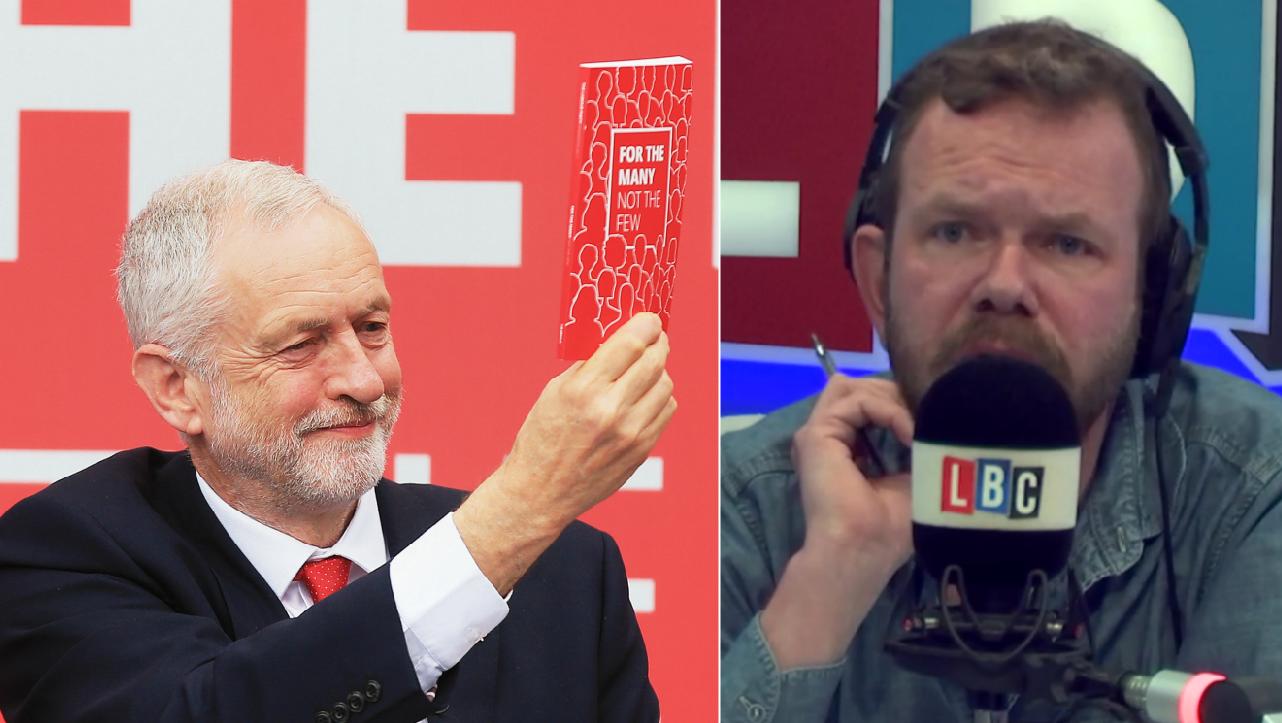 James then said: "Or a better orator is what you mean really."

Theo then pointed out: "Also perhaps, somebody who doesn't have the baggage, especially on issues like foreign policy."

"And the IRA," added James.

Sadiq Khan tells Scotland fans: 'If you don't have a ticket, don't come to London'

Family pay tribute to 'always smiling, beautiful' girl who died after being hit by car

Memorial services to remember victims on anniversary of Reading attack

UEFA official on quarantine exemption for Euros: 'You cannot please everyone'