"Brexit doesn't even mean Brexit!" James O'Brien takes aim at the goverment as he responds to the High Court ruling that MPs must get a vote on UK leaving the EU.

The High Court has ruled that government can't trigger the UK's exit from the EU without Parliament's approval after a challenge by Gina Miller.

James says the court had no option as Parliament are the people we elected to run the country.

Speaking on his LBC show following the verdict, James said: "When she came up with Brexit means Brexit, she even got that wrong.

"The idea that she could trigger it, using the royal prerogative, without talking to our sovereign elected democratic parliament, the seat of democracy in this country. She even got that wrong.

"All of the advisers, all of the campaigners, all of the geniuses who've been lying to through their teeth for the best part of this year, they couldn't even come up with a factuous slogan to describe what was going to happen next, without effectively breaking the law of the land or acting in direct contravention of the law." 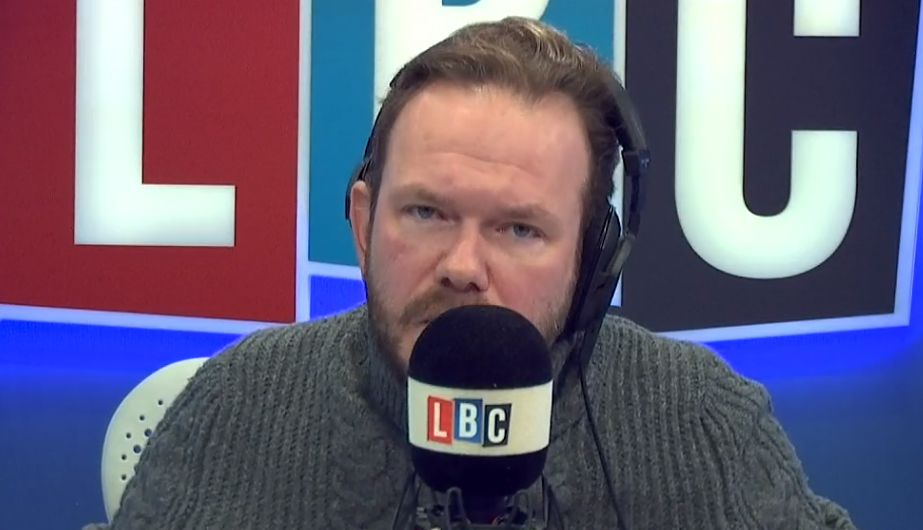 James quoted AV Dicey, a Constitutional jurist professor who wrote what is still the leading book on constitutional law. And he said: "Parliament has the right to make or unmake any law or whatever and further that no person or body is recognised by the law as having a right to override or set aside the legislation of Parliament."

"I mean that would be ridiculous to go down that route of criticism even though so many people on the other side of the argument of seem to find it an attractive path."