This was James O'Brien's reaction after the PM made a joke about underpants in response to a question about bereaved families.

Speaking during Prime Minister's Questions, Labour leader Sir Keir Starmer told Boris Johnson he will be meeting with a group of bereaved families who lost loved ones to coronavirus and want assurance there will not be a second spike.

The Prime Minister responded that the Government will do "everything in our power to prevent a second spike of this epidemic", including creating a track and trace system and investing significantly in the NHS.

He accused the Labour leader of yo-yoing between support and dismissal of the government: "He needs to mind which brief he is going to take today because at the moment, Mr Speaker, it looks like he's got more briefs than Calvin Klein."

Theo Usherwood explained the PM did but it was during an attack on the Leader of the Opposition to be more constructive in working with the Government. opposing Government policy called calling on him to return to being more constructive.

"Rather than meeting with the bereaved families who are worried that their loved ones' deaths are going to be swept under the carpet?" asked James.

Theo confirmed this was indeed the case, explaining the Calvin Klein joke.

"No I understood the joke I was just clarifying whether he made it in response to a point about dead people." 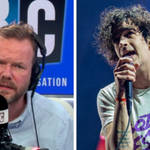 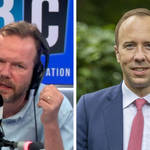 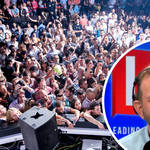