The Harvey Weinstein Story Is About Power, Not Sex: Lucy Beresford 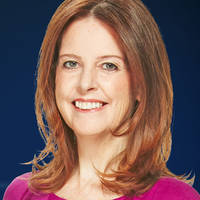 In all the noise around Harvey Weinstein, it's crucial to remember that the issue is not about sex but power.

Yes the news has focused on the sex, the forced kisses, the pleas from the shower.

And much has been made of Mr Weinstein’s possible trip to Europe for treatment for a possible sex addiction.

As an aside, I’m asked a lot about the topic of sex addiction, whether it exists or whether it’s an excuse for people to have loads of sex.

My answer is always the same – yes, it exists, but it’s not just about the sex.

It’s about other things, such as shame, guilt, a fear of not being good enough, a fear of being controlled or being out of control or a desire to act out feelings of unworthiness.

When such feelings go unaddressed, unacknowledged, they are channeled instead into planning repeated sexual activity as compensation.

I’m not here to explain Harvey Weinstein’s behaviour. It’s never appropriate for someone like me to analyse someone I’ve never met, never assessed clinically.

So let me make a more general point. Men sexually harass women because they reckon they can get away with it. It’s a control thing.

It happens in Hollywood, for sure. It also happens in investment banks, supermarkets and hospitals.

It happens in workplaces where the boss has an office, a private space in which to invite the junior party in “for a chat”.

It happens in schools. And it happens in marriages, particularly where a man undermines a wife and makes her feel like his rages, his disturbances, are her fault.

We’re right to be appalled at Mr Weinstein’s disgusting behaviour and deeply saddened at a world where women feel compelled to stay silent, fearing either they would never be believed or that they’d never work again – or both.

But the greater worry is this: this is not purely a Hollywood drama. It’s not even an American problem. Or even a Western one.

There are proto-Weinsteins all over the world, daily subjecting women to innuendo, unwanted attention, harassment, bullying or rape.

We can sneer all we like at Mr Weinstein but until we recognise that there are people like him in our own lives, our own workplaces, our own families, and that we are staying silent, the more women will feel unheard and undermined.

It’s time to speak out.

China announces its Zhurong rover has landed on Mars

Boris Johnson’s Mustique holiday ‘was worth double the £15,000 declared’