The official Twitter account for BBC Asian Network tweeted a question about Facebook's upcoming trip to Pakistan - what it was left Maajid fuming.

Facebook has been asked by the Government of Pakistan to meet with them regarding reservations about content on the social media site.

Blasphemy is something that is seen as a huge issue in the country, and in a statement on his party's official Twitter account, the Prime Minister described blasphemy as an "unpardonable offence".

He is quoted in the Dawn newspaper as saying: "Facebook and other service providers should share all information about the people behind this blasphemous content with us."

Following this news, on Friday BBC Asian Network tweeted: "What is the right punishment for blasphemy?"

What is the right punishment for blasphemy?

The tweet left Maajid Nawaz absolutely fuming - in this clip he explains why.

The BBC has since apologised for the phrasing of the tweet on Twitter. The BBC Asian Network account tweeted: "Apologies for poorly worded question from #AsianNetwork yday. Q was in context of Pak asking FB to help we shd have made that clear 1/2. (sic)

"We never intend to imply Blasphemy should be punished. Provocative question that it got wrong 2/2." 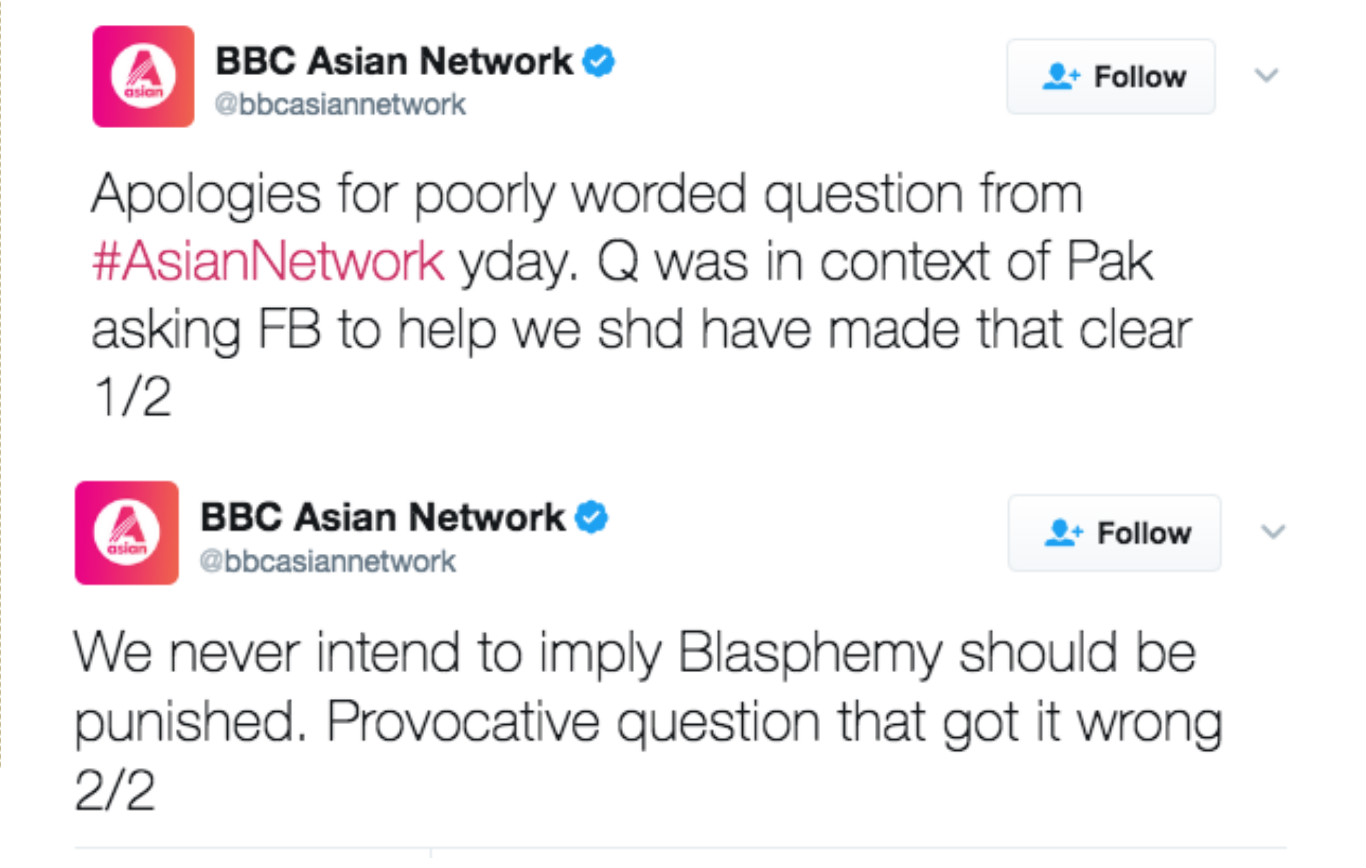