Maajid Nawaz took this Muslim caller to the cleaners after he refused to say that stoning women is wrong.

The LBC presenter, himself a Muslim, insisted that elements of the Quran are simply not fit for modern life and should be ignored.

And when Joe insisted on consulting a scholar on whether stoning a woman for adultery should be allowed, Maajid couldn't hold back any longer.

Joe asked Maajid his thoughts on those elements of the Quran and he responded: "I'm saying that we can't implement them, we have to suspend them, we have nothing to do with those attitudes in this day and age, that is an out-of-date notion.

"What do you say? In an ideal Islamic state, when all the Sharia conditions are met and it's allShariacompliant, is it still wrong to stone an adulterous woman to death?" 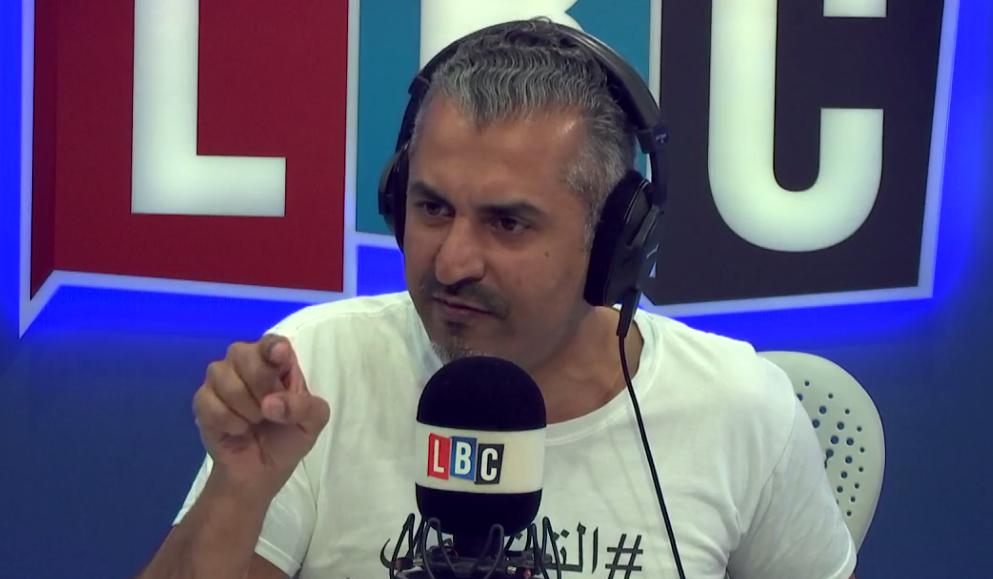 He boomed: "There we are. You need a scholar to tell you that it's wrong to stone a woman to death?

"Joe, you have just exposed yourself to the nation as the apologist that I suspected you were from the beginning of this call.

"The reason you are taking offense at me exposing some of this is because deep down inside you you can't even bring yourself as a human being to condemn the notion of stoning a woman to death, just because some man who's got a medieval scripture stuck in his head, hasn't told you that it's wrong?

"How would you react if you asked me 'Is it wrong to torture a baby?' and I said to you 'I don't know because the Pope hasn't told me yet'?

UK housing crisis is 'a stain on our humanity,' Maajid Nawaz insists