Dawn Butler vigorously defended Jeremy Corbyn after Matt Frei told her that the Labour leader was not popular with the public.

The MP for Brent Central is standing to be the deputy leader of the Labour Party and refused to distance herself from Mr Corbyn, despite the heavy defeat in December's General Election.

And she got angry when Matt told her that

"Jeremy Corbyn is the leader of the Labour Party, we don't airbrush our leaders out of our history."

But Matt pointed out: "Tony Blair's been airbrushed by a lot of people out of the history of the Labour Party and he was rather successful at getting elected."

Matt insisted: "This is not a question of undermining. This is a question of the leader of your party, who was not popular on the doorstep in a whole number of constituencies which you historically lost to the Tory Party."

The MP responded: "What is this obsession that you're focussing on Jeremy Corbyn not being popular?"

That made the MP very angry and she retorted: "I'm not going to have anybody knocking the Labour Party or knocking our leaders. We had two fantastic manifestos, which will ensure that we will win at the next General Election."

She then went on to label Boris Johnson racist, insisting that if he disagreed, he should sue her.

Watch the fiery interview at the top of the page. 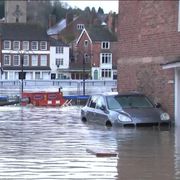