Matt Frei brilliantly sums up Labour's predicament now Jeremy Corbyn has seen off the challenge to his leadership.

Talking on his LBC show, Matt summed up the state of the party in just 90 seconds with this incisive analysis.

“Theresa May new in office is running a government, at a very precarious time for our country, on a very slim majority.”

“The Labour Party should be having her lunch and yet they're not because they have been involved in this internecine battle for the last year and really the question is whether despite all the things, after all the things that have been said, they can heal this rift.”

“But with all that getting on, you can see that there is the goodwill there to bring the party together. But will it last. And will it last for four and a half years.” 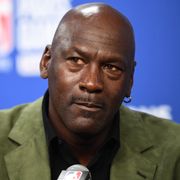