She told LBC: "For us Brexit is a mess. I think, if you want my view as an interested outside observer, I think it's crazy. I fail to see how it serves any British interest to consign yourselves once again to splendid isolation. But if you choose to do that democratically, who are we to stop you."

Matt Frei asked: "Do I detect a sense of schadenfreude, a sense of glee that for the first time perhaps ever in history it is Ireland that holds more cards in this than England?"

McDonald replied: "I wouldn't put it that way. I wish absolutely no ill to the people of England or people who live on the island of Britain."

She continued: "The concept of a crash Brexit or a hard Brexit would bring not just economic difficulties for us but very critically undermines, cuts the legs from under the foundation stone of the Good Friday agreement."

She added: "Above all else, whatever we may agree or disagree on, can we at least agree that we protect with everything that we've got the precious, precious peace that we have collectively built over two decades. That should not be gambled with."

Matt Frei put it to her that Boris Johnson says he is determined to protect the agreement and that's why he, for one, would not be putting up a hard border on the island of Ireland.

She accused Boris Johnson of "being utterly disingenuous" and "acting belligerently with his eyes wide open". 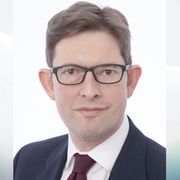